A new shipment of seeds from food plants has been deposited in the Svalbard Global Seed Vault for long-term storage. The shipment, that was transported to the seed vault in Longyearbyen this week, contains 20,000 seed samples from Japan, Brazil, Peru, Mexico and the USA. 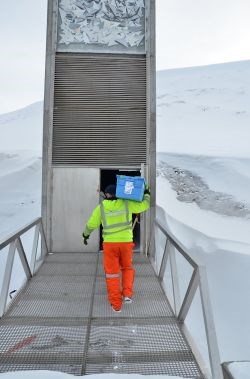 A new shipment of seeds from food plants being deposited at the Svalbard Global Seed Vault for long-term storage (Photo: Simon Jeppson)

Safety net for the world's food plants
Svalbard Global Seed Vault is the ultimate safety net for the diversity of the world's food plants.. The population of earth is estimated to increase by 50 per cent in the next 40 years, and with climate change affecting the ability of plants to thrive and survive, plant diversity is decisive for agriculture to adapt to the oncoming changes. The seed vault offers storage, free of charge, of safety duplicates from the seed collections being held in seed banks around the world. The seeds arrive in Svalbard on so-called “black box” terms, which means that the seeds may only be withdrawn from the vault by the institutions that deposited them.

Underground vault in the permafrost
Svalbard Global Seed Vault is about 1 km as the crow flies from Longyearbyen airport and consists of an underground cavern blasted out of the permafrost (minus 3 to 4 degrees Celsius). The vault is designed for a practically endless lifetime.

The seed vault consists of three separate underground chambers, each of which has a storage capacity of 1.5 million seed samples. With the aid of its own cooling facility running on electricity from the local power plant, the vault is designed to maintain a constant inside temperature of minus 18 degrees Celsius. The vault contains storage shelves on which the prepacked examples of food plant seeds from the depositors (the donor countries) are placed. 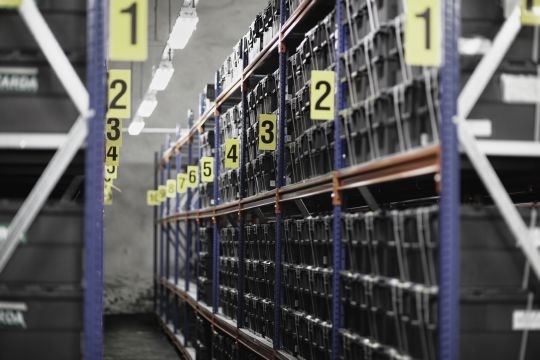