'Norway is entering into a multi-year cooperation agreement with Unicef, and will provide up to NOK 400 million for education in Syria and its neighbouring countries. This is a follow-up to the donor conference for Syria earlier this year. It will give Unicef greater predictability in its efforts to help children and young people,' said Minister of Foreign Affairs Børge Brende.

During the World Humanitarian Summit in Istanbul today, Foreign Minister Børge Brende and Unicef Executive Director Anthony Lake will sign a letter of intent on cooperation on education for children and young people affected by the Syrian crisis.

'There are 2.8 million Syrian children and young people who do not have access to education within Syria and its neighbouring countries. Many have missed out on all their primary education. This will have long-term negative consequences. Providing education for these children is one of the most important forms of aid Norway can give,' said Mr Brende. 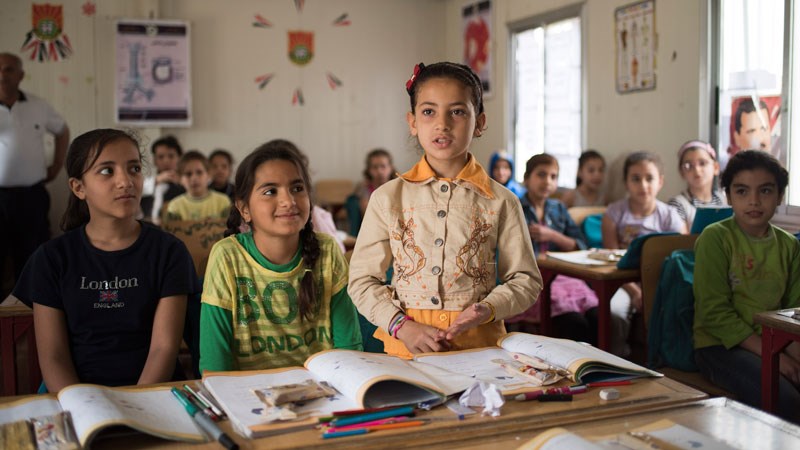 Providing education for Syrian children is one of the most important forms of aid Norway can give. Photo: Truls Brekke, Unicef

Norway intends to allocate NOK 400 million for education in Syria and its neighbouring countries Jordan, Lebanon, Turkey and Iraq for the period 2016–2018. This funding will be channelled through Unicef. It is planned that NOK 200 million of the total amount will be provided this year.

Unicef is an important partner for Norway and is a key player in the efforts to achieve the SDG education targets in Syria and the region. The UN agency works closely with the authorities in neighbouring countries and other local partners to provide schooling for Syrian refugee children and other vulnerable children. It is also implementing important education initiatives within Syria, where some two million children currently do not have access to education.

'Norway gives high priority to education and protection of children in crises and conflicts. Too little money is being provided for humanitarian crises such as the Syrian crisis, and the funding that is provided is often unpredictable. This is a major challenge. Norway takes a long-term approach in its cooperation with its partners. We recently signed an equivalent letter of intent with the UN Refugee Agency to support its efforts in the Syrian crisis,' said Mr Brende.

Norway co-hosted the donor conference for Syria that was held in London in February, and has taken on particular responsibility for the field of education. The conference resulted in a record level amount of money being pledged to Syria and its neighbouring countries. Norway committed itself to providing around NOK 10 billion for the Syrian crisis over a four-year period. Norway's allocation this year is NOK 2.4 billion, 15 % of which is earmarked for education.

Ministry of Foreign Affairs
Go to the top