– I am delighted to announce that The Norwegian Climate and Forest Initiative intends to support the Tenure Facility Facility with 20 million USD over the next few years, Norwegian Minister of Climate and Environment Vidar Helgesen announced on 3 October 2017. – This contribution will build further momentum for our strong commitment to support indigenous peoples in their efforts to secure rights to their customary lands, Helgesen continues.

The International Land and Tenure Facility is a unique new institution that provides grants to advance land and forest tenure security and the rights and livelihoods of Indigenous Peoples and Local Communities, in close collaboration with tropical forest governments.

Forest protection to be number one priority

A new study published in the scientific journal Science sounds the alarm over tropical forests now emitting more carbon dioxide than they absorb, due to previously underestimated degradation. The number one priority must now be to protect pristine forests with high carbon density. Among the most effective ways of doing this, is to support land rights for indigenous peoples and other forest dependent communities. Provided sufficient resources are made available over the next decade, the Tenure Facility aims to prevent deforestation of at least 1 million hectares, and avoid the emission of more than 500 million tons of carbon dioxide, almost 10x Norwegian annual emissions.

– Their crucial role notwithstanding, Indigenous Peoples and local communities have formal legal ownership to only 10 percent of the world’s lands. Insecure rights lead to abuses and protracted conflicts with governments, companies and migrant settlers. Caught in the middle are the world’s tropical forests, humanity's best chance of slowing global warming in the near future, says Minister Helgesen.

The facility will be the world's first international funding instrument dedicated solely to supporting Indigenous Peoples’ and local communities’ efforts to secure the rights over the forest lands and access to natural resources which they depend on for their survival.

The facility is helping communities and their allies to take advantage of existing laws and policies that may have been adopted but, in many cases, have not been implemented by governments due to lack of capacity or resources. – There are already indications, says Minister Helgesen, that community action supported by the Tenure Facility may help slow deforestation and forest fires in Indonesia, and protect the land rights of vulnerable, uncontacted indigenous communities in Peru.

– Norway is proud to join in this effort, Minister Helgesen continues. – If the Tenure Facility can help indigenous peoples and local communities achieve recognition and secure their rights to manage tropical forests, this may remove one of the remaining key challenges for tropical forest countries to make use of results based funding for reducing emissions from forests at a scale that could help slow global warming. 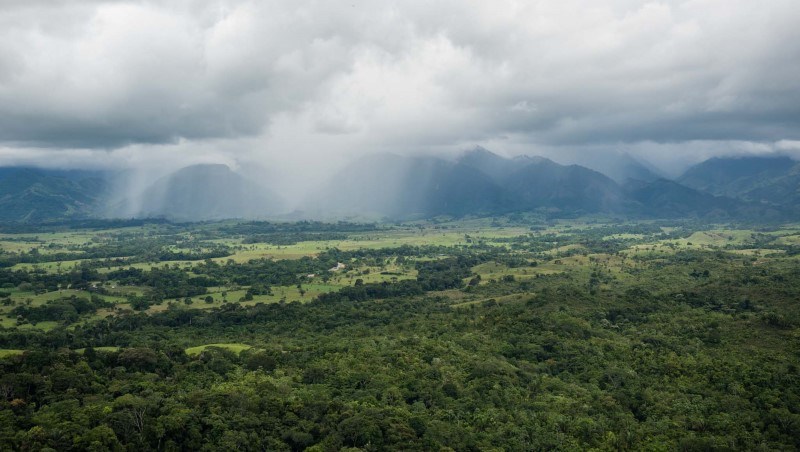 Ministry of Climate and Environment
Go to the top