This content is more than 3 years old. The information may therefore be out of date.

A delegation from Baden-Württemberg in Germany recently spent several days in Norway. One hour of their tight schedule was set aside for a meeting with the Norwegian Minister of Transport and Communications, Ketil Solvik-Olsen. Coming from a country that subsidizes the use of diesel with USD 9,4 billion per year, the Germans were especially interested in Norway's success with electric cars. 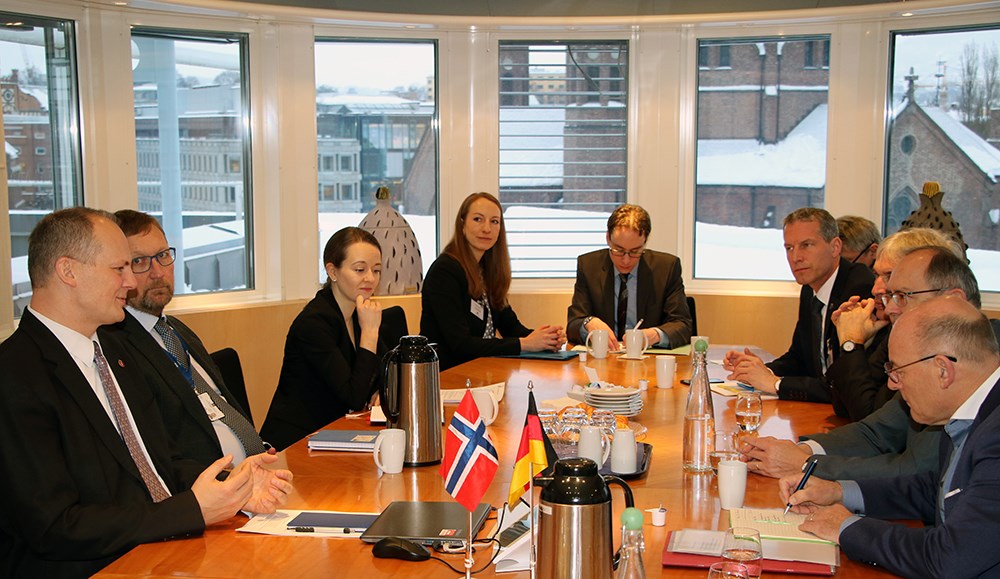 Solvik-Olsen opened the meeting by stating the following: "We realize we do not produce any cars in Norway. However, we have abundant hydropower and high-tech industries. This fact, combined with strong incentives and a commitment to a clean environment, are important reasons for Norway having the most battery electric cars per capita in the world."

The number of Teslas and other electric cars in the streets often surprises visitors to Norway. In fact, about 27 per cent of new cars sold in Norway in December 2017 were battery electric. Solvik-Olsen believes there are many explanations for Norwegians choosing an electric vehicle. "Some people want to be environmentally friendly, but another reason is that you get a very nice car for a relatively low price," he explained. Whereas new conventional cars sold in Norway are taxed heavily, battery electric cars are exempt from value added tax (VAT) and one-off registration tax. Therefore, a new Tesla can cost the same as a new Mercedes or BMW. "With an electric car, you save time as well as money," Solvik-Olsen said during the meeting. He also commented on the fact that the tax incentives for battery electric cars mean less tax revenue for the Norwegian government. (Estimated to a sum of USD 640 million in 2018.)

The delegation from Germany had several questions regarding policies and "how to make it work." Solvik-Olsen urged his colleagues to show a direction and to make use of rewards rather than punishment. He gave examples from discussions within the city of Oslo, where some politicians are eager to ban cars from the city center and to reduce the number of parking facilities. "I believe in maintaining the aspect of mobility and to respect an individual's right to choose what is best for his or her wallet," Solvik-Olsen explained. For many families, in Oslo as well as in rural areas, a car is still the best solution for getting from one place to another. The minister gave a personal example: "If I want to take my son to a handball game at the other end of the city, I can drive my car or use public transportation. Driving takes 20 minutes, going by public transportation takes more than an hour. Sometimes, a car is cheaper, more desirable and more reliable – especially if you have a battery or hybrid electric car," Solvik-Olsen said. He added that those who drive a battery electric car also save time by being able to drive in the bus lane and use dedicated parking facilities.

At the end of the meeting, the German delegation asked if the Norwegian minister could give them some advice to take home. "I believe in having a long-term plan and choosing a few goals that you really want to achieve," Solvik-Olsen told his colleagues. He urged them to focus on solving mobility needs and to expose the public to electric buses, for instance, to give them confidence in the technology. He concluded: "Work with the German car industry and make them see the business potential, and include car manufacturers and researchers when developing policies for the future."

Ministry of Transport
Go to the top