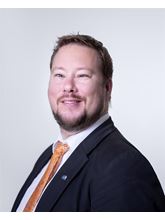 Erlend Jordal (Conservative Party) was appointed Political Advisor at the Norwegian Ministry of Petroleum and Energy on March 27 2020. Jordal, from the city of Stavanger. He was previously Manager for Public Relations at the Norwegian Oil and Gas Association. Mr. Jordal has a degree in International Relations and Stratigic Studies from Lancaster University in the UK and has a Post Graduate Certificate in Education from the University of Stavanger.

Erlend Jordal has previously worked as Political Advisor for the Mayor of Stavanger municipality, Senior Advisor for Politics and Municipal Commissioner for the Conservative Party in Stavanger. He has also held a number of other political positions throughout his career.