Originally published by: Ministry of Labour

The Jobs Strategy for People with Disabilities was introduced in 2012, and will continue in 2013 strengthened with further measures. 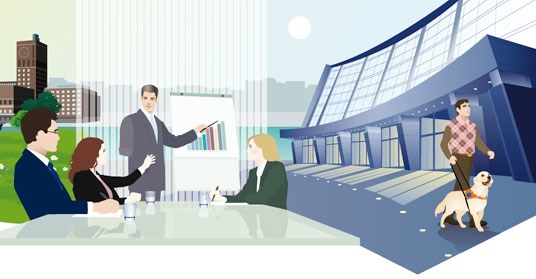 The Jobs Strategy for People with Disabilities was introduced in 2012, and will continue in 2013 strengthened with further measures. These initiatives are supplementary to the Government’s overall policy of contributing to a more inclusive workplace for vulnerable groups. The main target group remains the same, people with disabilities under the age of 30.

In the Jobs Strategy four barriers are identified as preventing people with disabilities from gaining employment: Discrimination barrier, cost barrier, productivity barrier and information and attitudinal barrier. These barriers affect both job-seekers and employers. Instruments covered by the Jobs Strategy are geared to reducing these barriers. Many measures have been launched aimed at increasing labour market participation and assisting employers who employ persons with disabilities or who provide places for work experience programmes, including facilitation and follow-up measures. 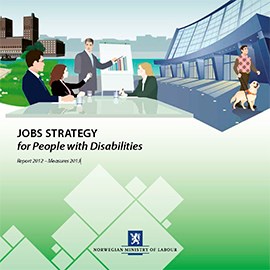 Ministry of Labour and Social Affairs