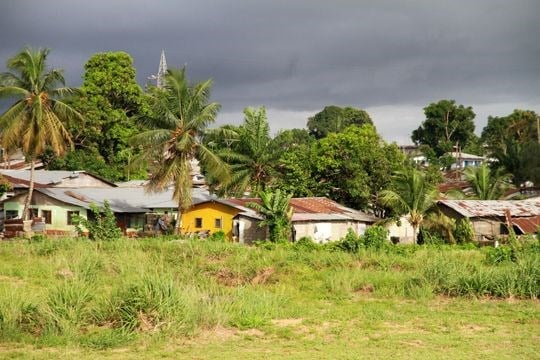 Liberia is in a transition phase. Living conditions and the security situation in the country are gradually improving after the civil war. The economy is growing significantly. The country is, however, still dependent on assistance, and aid accounts for 76 % of its gross national product. Because of the civil war, there is an urgent need for electricity in Liberia. Today large diesel generators cover the electricity supply to the capital Monrovia. Liberia has a large untapped potential for deployment of renewable energy sources like hydropower, biomass and solar energy, and this would reduce its dependence on imported fossil fuel.

Norway entered into a Memorandum of Understanding (MOU) with Liberia on Energy+ cooperation in Rio de Janeiro in June 2012. Norway pledged NOK 100 million to Liberia over a period of five years (2012-2017) to support the deployment of renewable energy and energy efficiency based on national energy and climate plans. The implementation of the cooperation agreement will be coordinated with other programs and projects in the energy sector promoting renewable energy and energy efficiency. In June 2013 Liberia and Norway signed “Framework for Energy+ Cooperation with Liberia”, describing the activities Liberia and Norway will carry out in the three phases. Initially Norway will provide payment by results to support the implementation of the Scaling-up Renewable Energy Program in Low Income Countries (SREP) Investment Plan in Liberia. Rural Renewable Energy Agency (RREA), supported by the World Bank and the African Development Bank, is responsible for implementation of mini-grids in the Lofa area and in the southeast of Liberia. Energy+ has also started a dialogue with GIZ on implementation of Energising Development (EnDev) in Liberia.

Energy+ is also providing support to capacity building, sector reforms, improved legislation, and development of a system for measuring, reporting and verification,