(This script is the foundation of the Prime Minister's speech.)

Let me start by congratulating the Energy Foundation Norway and the Oslo Energy Forum on their 40th energy conference.

It is a great pleasure for me to be here, and to meet and interact with industry and business.

From the very outset, you have contributed to the successful development of the Norwegian Continental Shelf.
By providing knowledge, skills and cutting-edge technology.
You have played an important role in shaping modern Norway.
I am very impressed by your efforts and achievements.

Energy is a commodity.
Like other commodities, it is exchanged in the markets,
on the basis of supply and demand.
Like all markets,
the energy market is influenced by regulations and political decisions.

For good or for bad, the energy market is more dependent on political decisions than other markets.

Energy is regarded as a strategic commodity, vital for a country’s security and for national interests.
But there are also other reasons for the close interaction between politics and business in this market:

- Firstly, access to natural resources such as oil, gas and hydropower is dependent on government decisions and licences.

It is therefore an industry that attracts considerable political attention.
It requires close interaction between politics and markets, and a clear understanding of the distinct roles of government and industry.

Let me now elaborate on how the Norwegian Government creates a framework that takes into account the special characteristics of the energy market.
A framework that secures the legitimate commercial interests of companies and safeguards broader public interests.

It is a government responsibility to regulate access to and development of energy resources.
This is dependent on government decisions and licences.
From day one, we have taken a step-by-step approach with regard to the mapping and opening up of new areas, based on the best available knowledge. 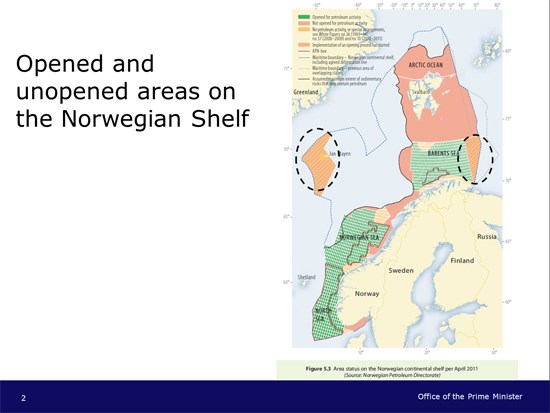 Figure 1: Open and unopened areas on the Norwegian Continental Shelf.

For the first time since 1994, we are in the process of opening up new areas for exploration and production.

We have started seismic surveying around Jan Mayen.
The Government will recommend to the Storting that these areas are opened up for petroleum activities, if this is justified by the conclusions of the impact assessment.

The historic agreement with Russia on the maritime delimitation line offers new opportunities in the High North.
The agreement was a result of long-term and demanding political work.
Norway and Russia now share a border both on land and at sea.

We have a political and legal framework in place in the High North, creating predictability and a foundation for increased economic activity.
We started seismic surveying in the southern part of the previously disputed area as soon as the maritime delimitation treaty entered into force last year.
The Government will recommend to the Parliament that this area too should be opened up for petroleum activities if this is justified by the conclusions of the impact assessment. 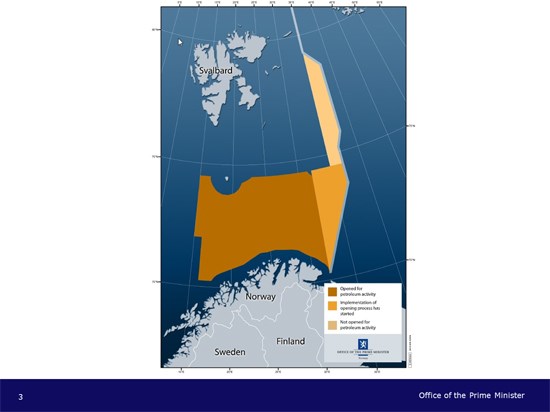 Figure 2: Start of seismic surveying in the northern part of the previously disputed area.

I would like to take this opportunity to inform you that we have now also decided to start seismic surveying further north in the previously disputed area in the Barents Sea.
The seismic activities will start this summer, and continue next year.
This will provide us with important data on the resource potential of this area.

And we have made new discoveries in the Barents Sea – Skrugard, Havis and Norvarg.

Last year, investments on the Norwegian continental shelf amounted to nearly 29 billion US dollars – the highest figure ever.
In the years to come, investments are expected to increase further.

My second point;
The development of energy resources requires huge investments and may generate huge revenues.
It is an area of high risks and high rewards.
Both for governments and for industries.

State ownership in Statoil.
The direct ownership of energy resources through the State’s Direct Financial Interests (SDFI) and a system of high and predictable taxes ensure that these resources benefit Norwegian society as a whole.

The petroleum sector has given us a unique opportunity to develop a strong welfare system.
An important step was the establishment of our petroleum fund – the Government Pension Fund Global.
This is one of the world’s largest sovereign wealth funds with assets of more than 500 billion US dollars.

The size of the Pension Fund means that it provides annual revenues to the fiscal budget of around 20 billion dollars.

Sound management of natural resources is crucial – not only to ensure sustainable development for current and future generations, but also to attract investors.

A rich natural resource can be transformed into lasting benefit for the people.

On the other hand, while the extravagant use of substantial, but temporary, revenues is tempting, this may lead to levels of expenditure that are impossible to sustain in the longer term.
Expressions like “Dutch Disease” remind us of countries that fail to manage their revenues in a sustainable matter.

The expected real return of four per cent from the Government Pension Fund is phased into the Government’s budget every year.
In this way:

- we gradually increase our spending based on petroleum revenues.

- we shield the mainland industries from large but fluctuating currency flows stemming from the petroleum sector.

- we only use oil revenues to an extent that is sustainable in the long run.

Moreover, our children and grandchildren will inherit their share of the wealth with which my generation was endowed.

Thirdly,
Energy production and energy consumption are closely linked to the two main challenges that mankind is facing today: poverty and climate change.

The world needs more energy to lift millions of people out of poverty.

Without energy, there will be no development and no economic growth.
At the same time, greenhouse gas emissions are increasing.
And they are increasing at an accelerating pace – reaching a record high in 2010.
Global energy intensity has increased two years in a row.

A key to solving this challenge is to use the market forces.
We need cooperation between governments and the private sector.

In our work on climate financing, one of the key recommendations made by Ethiopian Prime Minister Meles Zenawi and myself was to put a price on carbon.
Putting a price on carbon has a triple effect:
It reduces emissions.
It generates revenue which can be used for climate actions.
And it provides incentives to develop sustainable and clean technologies.

The EU already has a well-functioning trading scheme.
Australia has introduced carbon taxes.
And China is testing emissions trading systems.

We are making progress. But far too slowly.

In Norway, the introduction of a carbon tax in 1991 has been the single most important measure to reduce CO2 emissions from our upstream petroleum sector.

Next year, around 80 per cent of Norwegian greenhouse gas emissions will be regulated by the emissions trading system or carbon tax.

The Norwegian Government has been supporting the development of carbon capture technology in three ways:

- By funding research and development programmes, both nationally and globally,

- and by initiating a subsequent full-scale project based on experience from the Technology Centre.

A key element of this strategy is to work in close collaboration with industry.
We welcome new partners to work with us at Mongstad.

Renewable energy has an important role to play in a low carbon society.
Norway produces a large amount of hydropower, as the 5th largest producer globally.
We aim to further increase our production of renewable energy through market-based systems, in cooperation with Sweden.

When UN Secretary-General Ban Ki-moon visited Oslo in October last year, he called for a green energy revolution.
Together we launched an initiative to ensure sustainable energy for all.

To succeed we must achieve the following three objectives by 2030:

- We need to ensure universal access to modern energy services.

- We need to double the rate of improvement in energy efficiency.

- And we need to double the share of renewable energy in the global energy mix.

Through the smart use of public funds and attractive policy frameworks we aim to attract private investment.
From industry and business actors like you.

Those of you who represent industry, energy companies and other private sector actors have an important role to play.

Because of the nature of energy commodities and energy markets, a clear understanding of the different roles of government and industry is needed.

My responsibility is to establish a predictable and well-functioning framework.

Your task, as industrial players, is to make responsible commercial decisions.

If we are to strike the right balance, it is crucial that there is close interaction and cooperation between industry, the business sector in general and governments.

I am fully confident that you, as representatives of industry, will make the right commercial decisions and develop technology we need to make the most of this potential.

In my view, Norway’s management of energy resources is a good example of how politics and industry should interact in order to safeguard the values associated with natural resources.