Norway's instrument of ratification is deposited securely in the UN headquarters in New York.

– We are aiming for joint fulfilment with the EU in order to achieve Norway's climate goals for 2030. This will provide us with solid, binding and predictable European legislation to rely on in achieving our goal of 40 percent reduction of greenhouse gas emissions in 2030 compared with the 1990 level, says Vidar Helgesen, the Norwegian Minister of Climate and Environment. 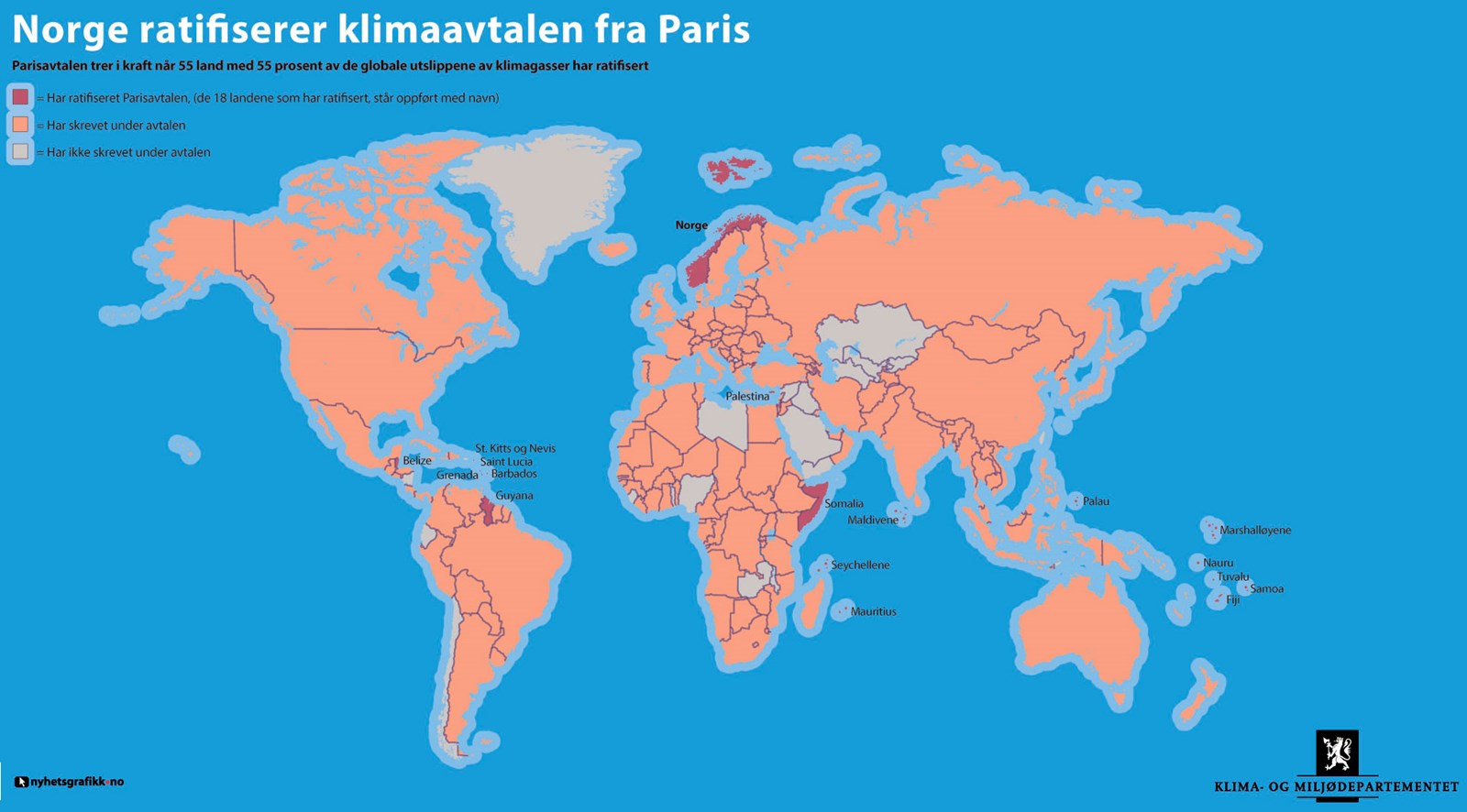 In addition to Norway, Somalia, Palestine and 15 small island States have ratified the Paris Agreement so far. Together, these States account for 0.18 percent of global greenhouse gas emissions.

The Paris Agreement strengthens global cooperation and States' efforts in preventing dangerous anthropogenic interference with the climate system. The agreement enters into force once at least 55 States – which together represent at least 55 percent of the total global greenhouse gas emissions – have deposited their instrument of ratification, acceptance or approval.

- Norway is pushing for other States to formally join the Paris Agreement as quickly as possible, in order for it to enter into force. An early entry into force will ensure that States can focus on implementing the agreement's commitments, says Vidar Helgesen, the Norwegian Minister of Climate and Environment.

The US, China and Brazil are amongst large emitters that are expected to ratify, accede or in other ways join the Paris Agreement this year. In addition, other States have also indicated that they will formally join the agreement. All together, these countries make up for a large part of the global greenhouse gas emissions. 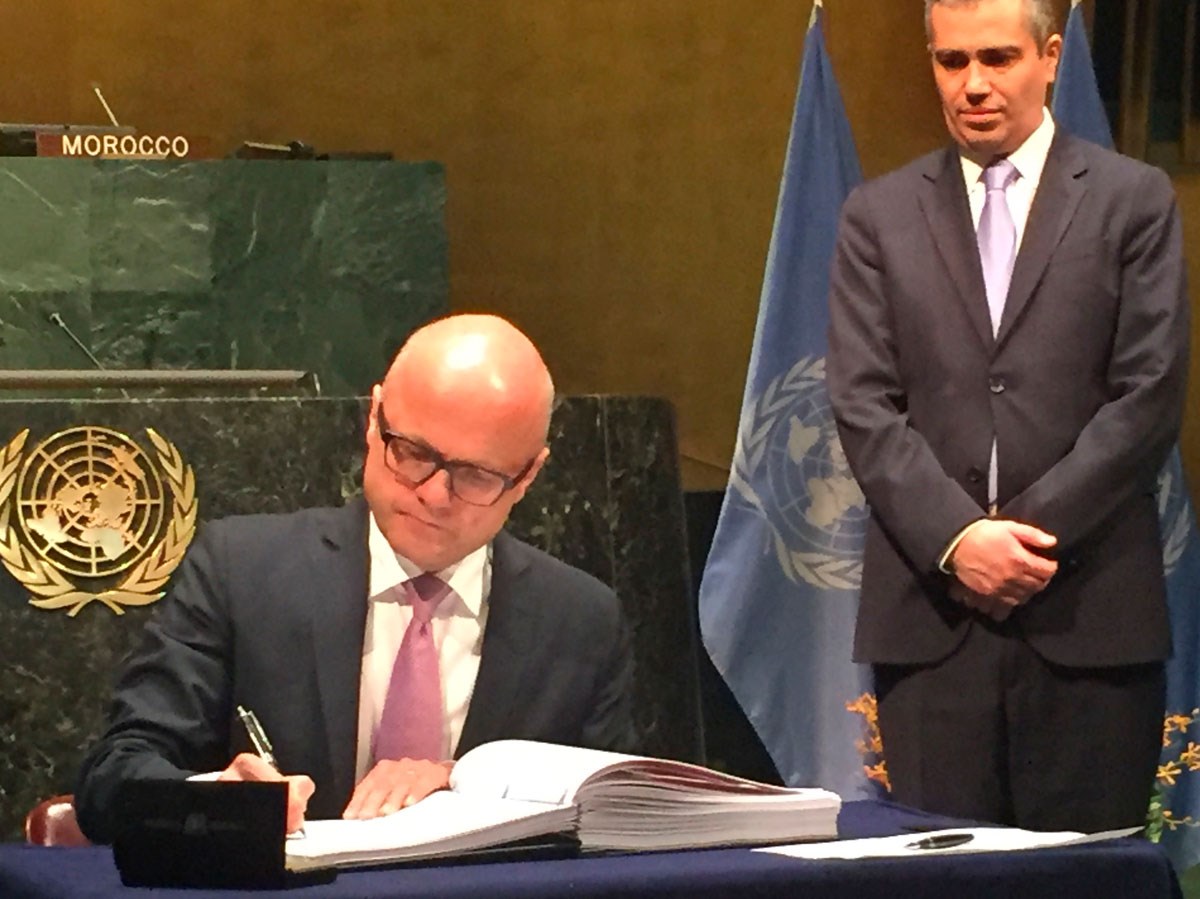 The Minister of Climate and Environment, Vidar Helgesen, signed the Paris Agreement on behalf of Norway in New York 22. April, together with 174 other countries. Never have so many countries signed an international agreement on opening day for signature. Now, Norway has also ratified the Paris Agreement. Photo: Ministry of Climate and Environment.