With its 1400 participants from 30 different countries, the Arctic Frontiers conference in has become a leading arena for discussing sustainable development in the Arctic.

In the arctic city of Tromsø, The Norwegian Minister of Petroleum and Energy, Mr. Tord Lien (Progress Party) addressed the dual challenge of meeting an ever-growing global energy demand while cutting emissions.

He emphasized that Norwegian part of Arctic waters is mostly ice-free, due to the Gulf Stream, and that the conditions in the Norwegian Barents Sea are comparable to those further south on the Norwegian Continental Shelf.

- The activity in the Norwegian Arctic is subject to the same strict environmental and safety regulations as elsewhere on the Norwegian Continental Shelf, he stressed.

Minister Lien underlined the importance of the Paris Agreement. He pointed to  the need for putting a gobal price  on carbon emissions, like the CO2 tax on hydrocarbon fuels introduced in Norway in 1991. He also reflected on the role of gas, and how substituting coal with gas is one of the most efficient ways to reduce greenhouse gas emissions.

During his stay in Tromsø, Minister Lien had the pleasure of opening a new technology centre at the University of Tromsø. The Minister also met with Russian and Norwegian students from the Arctic Student Forum. 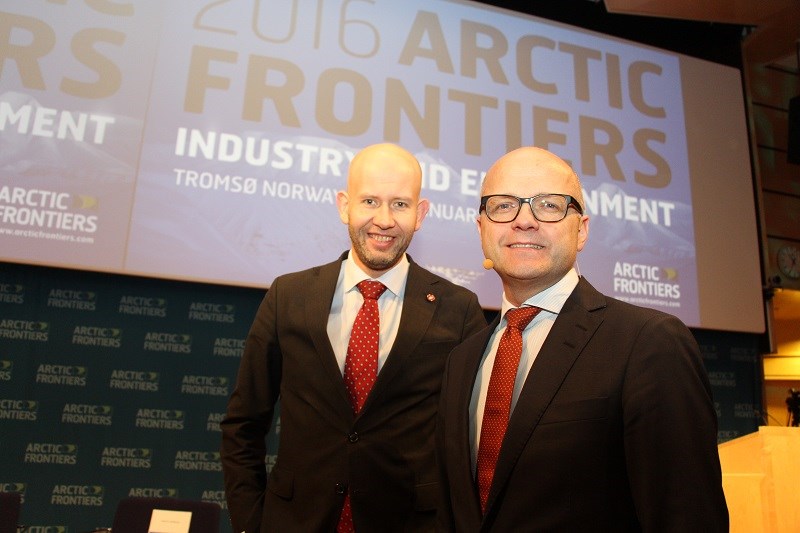