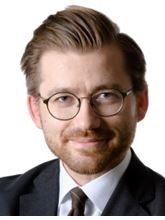 The minister of Climate and Environment has the responsibility for The Government's policies on the climate and the environment.

Rotevatn was elected member of the Norwegian Parliament (Stortinget) for the period of 2013 to 2017 representing the Norwegian Liberal Party. Before his period as member of parliament he was the leader of the liberal youth party of Norway, The Young Liberals of Norway.