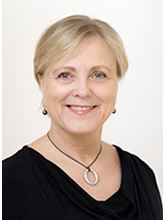 The Minister is responsible for matters relating to culture, church affairs, media, sport, gaming and lotteries. The Minister also coordinates government policy towards the voluntary sector.

October 2013– Minister of Culture in Erna Solberg’s Government
2004–2005 Minister of Petroleum and Energy in Kjell Magne Bondevik’s second Government
2003–2004 State Secretary in the Ministry of Foreign Affairs
2002–2003 State Secretary in the Ministry of Fisheries
1989–1997 Member of the Storting for Rogaland county, the Conservative Party
Marketing consultant for the Rica hotel chain
Sports leader for people with mental disabilities
Project leader for the integration of people with disabilities, Karmøy municipality.

After Kjell Magne Bondevik’s second Government stepped down in 2005, Ms Widvey has served as board member or chair of the board for a number of private and listed companies.