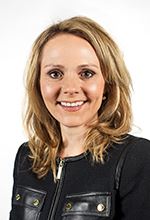 Ms Helleland was appointed Minister of Culture on 16 December 2015. She joined the cabinet from the Storting (the Norwegian parliament), where she chaired the Standing Committee on Transport and Communications.