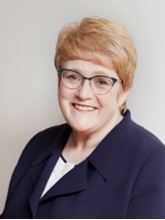 Periods of office in the Storting

2001–2021 Member of a variety of Storting standing committees

The Royal Norwegian Society for Development’s Medal of Merit, Silver, 1995 (for work dedicated to promoting children and young people)

Member of the Nord-Trøndelag County Council and County Committee