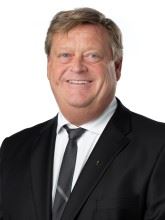 The Minister of Fisheries and Seafood is responsible for fisheries and aquaculture management, seafood safety, health and welfare of fish, the framework conditions for seafood, as well as trade and market access for Norwegian seafood.

Harald Tom Nesvik was appointed Minister of Fisheries on August 13th, 2018. Nesvik is an experienced politician who was first elected to parliament in 1997, where he served as a parliamentary representative for Møre og Romsdal County for two decades, until 2017.

From 2017 and until he was appointed Minister of Fisheries, he was head of public affairs and government relations in Sølvtrans, the world's largest wellboat company for transport of live salmon and trout.