Publisher Ministry of Transport and Communications 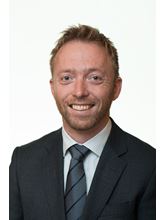 2000- Chairman and member of The Decision Committee, The Norwegian Young Conservatives

1992-1997 Member of the National Convention of Norsk Målungdom

2000-2001 Communications Advisor with the PR Agency Konsensus AS

1998-2000 Chairman of The Norwegian Young Conservatives

1992-1993 Substitute teacher school assistant in the Municipality of Hol

1998 Bachelor in Culture and Social Sciences, University of Oslo

Other posts and engagements

2011- Co-founder of the toyshop Vrimmel leker AS