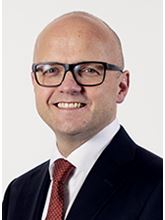 Minister of EEA and EU Affairs and Chief of Staff at the Office of the Prime Minister. Mr Helgesen is also responsible for coordinating work on EEA matters and Norway’s relations with the EU at the Ministry of Foreign Affairs.

Minister of EEA and EU Affairs at the Ministry of Foreign Affairs. He is also Chief of Staff at the Office of the Prime Minister