Please allow me at the very beginning to take this opportunity to thank the hosts - FSi and BDSV - for this kind invitation. It is a great pleasure to speak at this very timely German-Norwegian Defence Industry Seminar.  We have conducted seminars of this kind before, the last time five years ago, in 2009.  Hence, we agreed during our bilateral NAD-meeting in Berlin last year that it was time to commence again. It was long overdue.

I hope our German guests enjoy visiting our capitol and its surroundings. It shows itself off particularly well in early summer, with the fresh green blossoming and the long, northern nights.  It really is worthwhile to deprive yourself of some sleep to enjoy the summer nights while you are here. Very soon they will be gone. 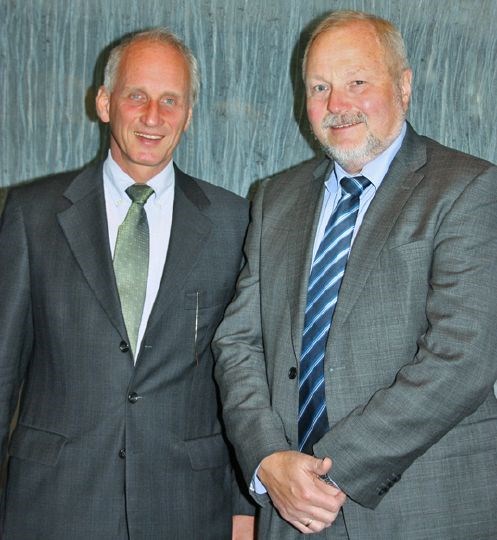 The objective of this seminar is clearly spelled out and seems to be on the mark:  To foster serious conversation among the industry participants, identify areas for co-operation, and a basis for developing stronger ties between German and Norwegian Defence Industries.  This is a goal we should all endorse and keep in our minds as the seminar unfolds.

Over the last decades, Norway and Germany have entered into co-operation in a variety of areas. At the outset, it was primarily within training, exercises and operations; with joint endeavours in the Balkans in the 1990’s and over the last decade in Afghanistan.  This has given way to closer co-operation, also within the field of armaments and industry, witnessing it growing at a steady pace. Hence, it makes sense that this seminar is held now, as it fits both in time and demand.

The Norwegian defence industry is not among the largest, but I would say technologically advanced and competitive within a number of areas.  Despite the fact that we remain a nation of five million people, and that our resources in absolute terms are fairly limited, our industry has in recent years shown both innovation and endurance. This has paid off, and resulted in significant growth, both at home and abroad.

New markets for our industry have developed in Asia and South America, while we have consolidated the traditional venues in Europe and North America. This has been achieved through innovation, development of technology and an ability to apply persistence.  These are qualities valuable to any enterprise, particularly when clearly defined and applied in a long-term perspective.

Despite some promise spelled out, there is no shortage of challenges for European defence industry. Significant reductions in defence spending among allies and partners are already leading to structural cuts and updating of existing platforms rather than investing in new systems. We are witnessing technological developments calling for a steady price increase in the procurement of modern defence materiel. This has led to an industry pooling and sharing its resources in developing new defence materiel, nationally as well as internationally, sometimes leading to restructuring across national borders.

In addition, it has resulted in a more demanding market in which nations favour their own industry. Hence, we are currently forced to find new ways to secure the European defence industry, as it is marked by considerable over-capacity. It appears that we see two trends colliding; on the one hand the need for cheaper and more accessible materiel, on the other, increased protection and the need to secure national industry.   Is this really a development we endorse? Don’t we need more co-operation and less protectionism?

As most of you are aware, the EU Defence Directive went into force in Norway on 1 January 2014.  This introduction is certainly followed closely by both Norwegian authorities and industry. It is, nevertheless, still early to pass judgment on how this will play out. We will uphold our demands for industrial co-operation on procurement of particular national security, in line with Article 123 in the EEA-agreement (Art. 346 in the EU-charter).  Still we are prepared, and perhaps expect, that the total volume will be reduced.

We have supported the directive as it will hopefully contribute to a more transparent European defence market over time. It is difficult to predict, but it may open up. The Directive is also expected to bring about more cross-border co-operation, and probably more cost-effective solutions. These are trends and notions we should all welcome.

At the same time, we have emphasized that its practical application must function, otherwise it makes little sense.  Thus, equal treatment of “big and small nations” must be a guiding principle; a “levelled playing field” must take center stage.  Norwegian defence industry is competitive.  We therefore believe that it will do well in the EU-area. Still, it will not come by itself; it will call for a continuous effort seeking to strengthen skill and competence.

Bilateral co-operation between Germany and Norway is developing rather well.  Our market is open and as you are aware, Norway import approximately 70 per cent of its materiel and services. We purchase considerable amounts of armaments and services from Germany. Recent examples are the procurement of Trucks and NBC Reconnaissance Systems from Rheinmetall-Man, Radar Surveillance System from EADS Deutschland, Small Arms from Heckler & Koch, Supply and Services for our ULA-class submarines from HDW/MFI and Converters and Voltage Regulators to our ULA-class from ABB Automation, to name a few. All of these, and others, have resulted in industrial co-operation and opportunites for Norwegian companies.

Although there is not reciprocity, as more goes north than south, there are indications that things are coming along also in the opposite direction.  Kongsberg has sold submarine equipment and supports the German Navy, also with Link 11 and 16. Nammo sells artillery, 12.7 and 5.5 to Bundes-wehr, to again name a few.  But clearly, there is further room for developing our armaments co-operation. That is why we are here today.

As far as bilateral activities go, we are witnessing a growing trend. The Framework Nation Concept, FNC, is developing well, and also holds promise on the armaments side.  Co-operation on conventional submarines and equipment, on main-battle-tank and on maritime patrol aircraft, are areas we all want to pursue further. It is my clear impression, confirmed by your large and impressive presence here today, that you want to further develop bilateral armaments co-operation with us. That constitutes an opportunity we should all seize.

Allow me in conclusion to underline the importance of a venue like this in which different representatives come together to exchange ideas and spend time with counterparts. I encourage you all to seek new opportunities and find ways to be even better at this.

Again, thank you for the invitation. To BDSV, FSi and all participants, - the best of luck with today’s seminar.