Dear friends of the Democratic Voice of Burma

Sometimes, a single moment can illustrate a change of historic proportions.

This is such a moment.

For more than 20 years, you in the DVB have carried out your work in exile, here in Norway.

When I visited the Radio for the first time, its location was a secret. Later, after 2007, the location became known.

All this time, you have been watching, listening, waiting for change.

And contributing to change. Every single day, for all these long years.

Now you have decided that your cause is best served by working from inside your home country.

To bring greater freedom and a stronger democracy to your people.

The story of the DVB serves as proof that change and reconciliation can be achieved.

Your story is one of determination and courage.

I remember our meetings clearly, and I even had the privilege of being interviewed on the Radio in my former capacity as head of PD Burma, the parliamentarians working for democracy in your country. 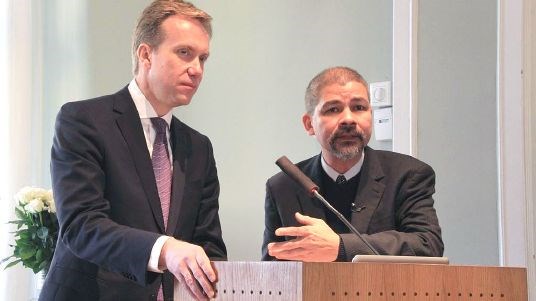 Hundreds of parliamentarians all over the world were working to facilitate changes such as those we are witnessing today.

In the time ahead, I am sure you will be following the political dialogue between the Myanmar Government and the ethnic groups, Myanmar’s chairmanship of ASEAN in 2014, and the election in 2015, very closely. And so will I.

The last couple of years have been remarkable.

When the Deputy Minister of Information of Myanmar visited Norway in the spring of 2012 – I am told that his study visit was arranged by you.

This shows that change of such a magnitude can happen if the courage and determination are there.

I would like to take this opportunity to commend the Government of Myanmar for the progress made in important areas.

The lifting of pre-censorship of the press, and the greater media freedom that now exists, are essential parts of the reform process.

However, there is still a long way to go. I encourage Myanmar to continue to set new standards at home and in the region.

I know that those of you working for the Democratic Voice of Burma are very much aware of the need to maintain your independence.

And to maintain the strong voice that has been there for 21 years, with the same force, candidness and honesty that has contributed to the changes that we have seen in recent years.

I can assure you that Norway will continue to support the development of the free press and of democracy in Myanmar.

Only a few weeks ago, Norway formally established a full-fledged embassy in Yangon. This gives us a new opportunity to follow up on our strong commitment to Myanmar.

We would like to continue our support to ensure that the reform process is taken all the way, from a military regime to a full-fledged democracy where all the indigenous peoples of Myanmar are taking part.

This is a major challenge. However, when we have come thus far in two-three years, it is possible, as long as the political will is there.

Dear friends in the DVB:  it is time to say goodbye, and bon voyage.

We are closing a chapter here. But at the same time, we are opening a new chapter. You can count on Norway’s continued support in building a strong democracy in Myanmar.

Your mission of free journalism is as important as ever, only now it can be carried out from within Myanmar, where you truly belong.

This is a touching moment for me as Minister of Foreign Affairs - on behalf of my Government I wish you and your country all the best.