- In the Arctic we need to go forward gradually – step by step – following high environmental and safety standards. We have to make sure that the development of the resources is conducted in a sustainable manner. This requires investments of both financial and intellectual capital. But it is the most important investment we can make for the future Arctic, sa utenriksminister Børge Brende i sin tale i Washington D.C. 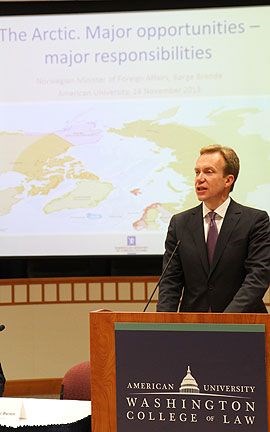