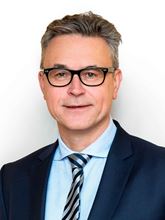 Ministry of Trade, Industry and Fisheries

Odd Emil Ingebrigtsen was appointed Minister of Fisheries and Seafood in the Norwegian Ministry of Trade, Industry and Fisheries on March 13 2020. Before he was appointed state secretary, he worked as a CEO for the energy company Indre Salten Energi AS. Ingebrigtsen held several leading positions and board memberships in private sector in his hometown of Bodø. Political experience include 24 years in Bodø municipal council. Ingebrigtsen has a degree in fishery economics from Bodø University College he almost finished in 1986, but instead he travelled to Oslo to work as a general secretary for Norwegian Young Conservatives.
Go to the top