Press release | Date: 30/01/2019 | Ministry of Justice and Public Security, Ministry of Defence, Ministry of Education and Research, Office of the Prime Minister

The Norwegian Government has launched a new national strategy to strengthen society's cyber security. Cyber security concerns everyone and is a key priority for the Government. 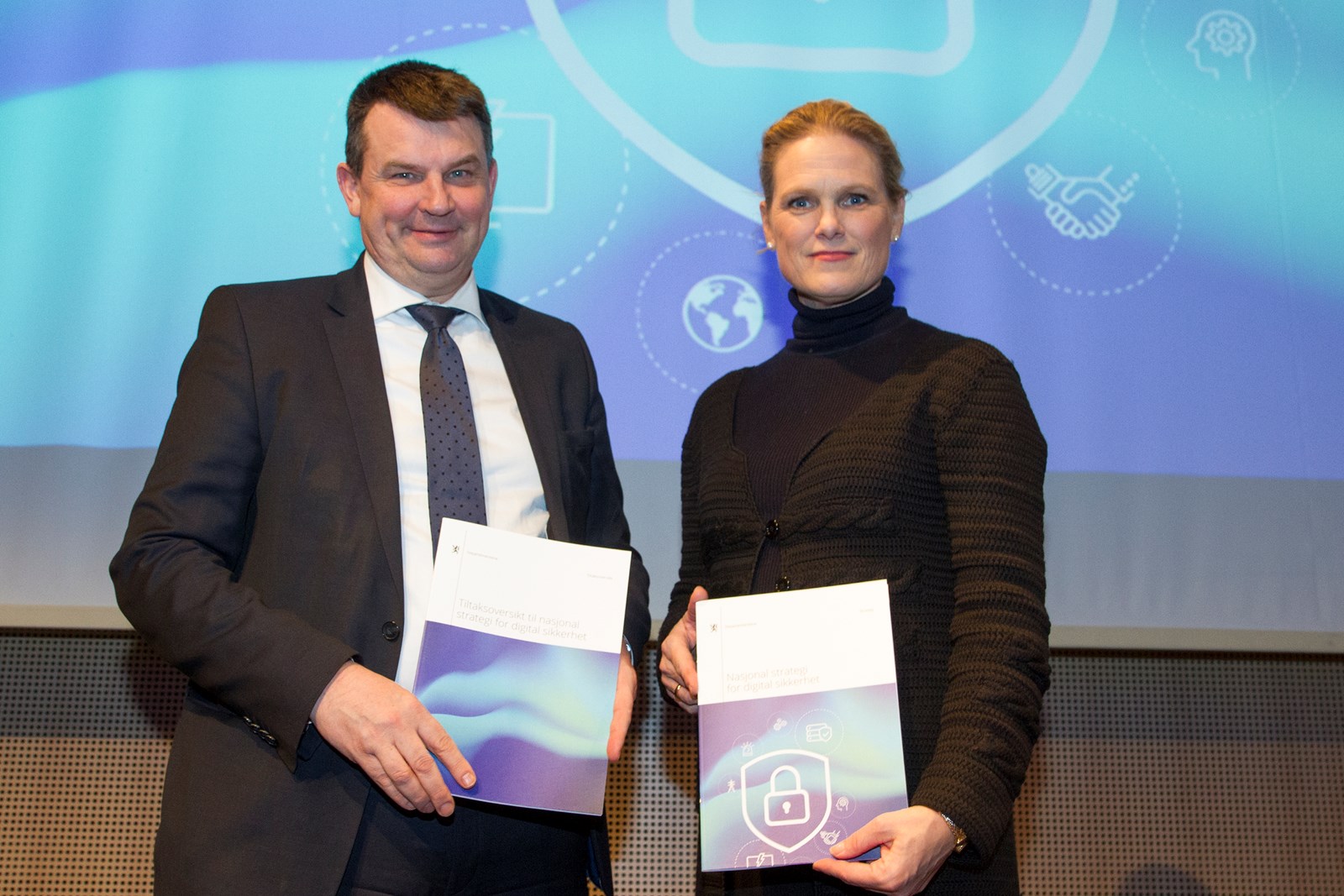 The new strategy is Norway’s fourth cyber security strategy, and is intended to address the challenges that will inevitably arise in conjunction with the rapid and far-reaching digitalisation of Norwegian society.

The developments in relation to previous national strategies are based on the need to reinforce public-private, civilian-military and international cooperations.

The primary target groups for the strategy are authorities and companies in both public and private sectors, including the municipalities. Moreover, the strategy is to lay the foundations for ensuring private individuals have the necessary knowledge and understanding of risks in order to use technology in a safe and secure manner.

In preparing the strategy, particular emphasis has been put on applying an open and inclusive process so as to involve stakeholders from the public and private sector alike.