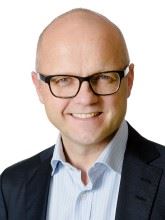 The minister of Climate and Environment has a particular responsibility for carrying out the environmental policies of the Government.

Helgesen was minister of EEA and EU Affairs at the Ministry of Foreign Affairs and Chief of Staff at the Office of the Prime Minister from 16.10.2013 to 16.12.2015.