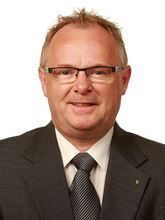 As Minister of Fisheries, Per Sandberg (Progress Party) is responsible for fisheries and aquaculture management, seafood safety, fish health and welfare, framework conditions for the seafood trade and market access for Norwegian seafood.