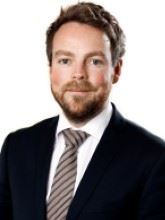 Torbjørn Røe Isaksen is the Norwegian Minister of Trade and Industry, and was the Minister of Education and Research from 2013 to 2018. He is from Porsgrunn in Telemark, and has been a representative to the Norwegian Parliament from Telemark since 2009. Mr. Røe Isaksen has a master degree in Political Science from the University of Oslo (2008), and his background include being a journalist, an editor and a writer.

Member of Parliament (Stortinget) representing the county Telemark and the Conservative Party from 2009.

Member of the working commitee for the Conservative Party from 2010.

Journalist in the local newspapers Varden and Porsgrunns Dagblad.