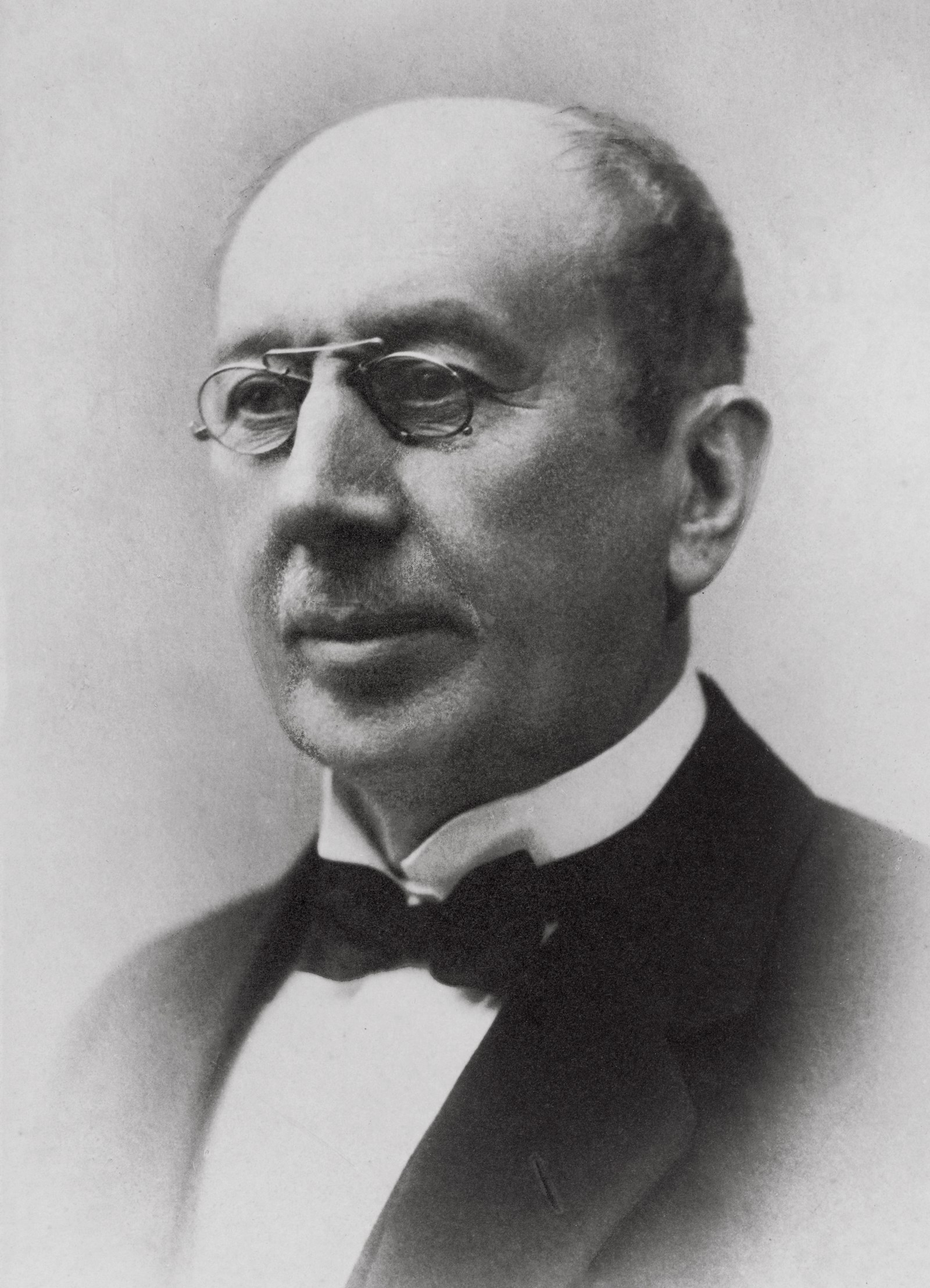 Christopher Hornsrud grew up at Horsrud Farm at Skotselv in Øvre Eiker. He later changed the farm’s name to Hornsrud. After primary school he was salesman before having his own shops at Hønefoss and Vikersund. In 1891 he purchased his mother’s father’s property Åmot in Modum. After having stayed in his own apartment building in Kristiania (Oslo) for some years from 1902, he again settled on his farm in Modum in 1909.

Hornsrud soon became politically active in the Liberal Party, uncompromising in his efforts to secure universal suffrage for men and women. In 1880 he was one of the founders of Buskerud County Liberal Association, later of several local workers’ associations and in 1888 of Buskerud County Workers’ Association. He was member of Modum’s municipal council 1882-1902.

As he belonged to the radical wing of the Liberal Party, Hornsrud linked up with social democrats in Kristiania. From the early 1890’s he regarded himself as a socialist and participated actively in the Labour Party’s congresses. He stood out as a supporter of electoral cooperation with the Liberal Party, and had a positive attitude to agriculture. After some years out of party activities, Hornsrud was in 1910 elected by the Labour Party’s congress to participate in preparing the party’s agricultural programme.

Hornsrud has later become known as the father of the Labour party’s agricultural programme. The programme is a compromise between socialist theory and the farmers’ wish to own the soil they cultivate. This represented a practical understanding of the role of farmers, and increased the Labour Party’s support in the countryside. Hornsrud was the first Norwegian socialist who was not an artisan or an academic.

The year after he had moved to Kristiania because of his children’s education, Hornsrud was in 1903 elected chairman of the Labour Party. The choice was disputed, as Hornsrud was seen as a moderate by the more radical forces in the party, due to his attitude to the agricultural sector and due to his openness towards the Liberal Party. His strength as party chairman was his ability to unite long-term and short-term thinking.

As he frequently suffered from headache, Hornsrud gave few public speeches. He refused nomination for re-election in 1906. As party chairman he for a period edited the party newspaper Social-Demokraten (later Arbeiderbladet and Dagsavisen).

Already before stepping down as party chairman, Hornsrud was commuting between Kristiania and Modum. In 1907-1908 he was acting editor of the newspaper Fremtiden of Drammen, and in 1909 he again settled in Modum. He was now mayor of Modum until he was elected to the Storting in 1912, as representative of the constituency of Ringerike in Buskerud.

Hornsrud was Member of the Storting continuously until 1936, and was the Storting’s vice president 1928-1933. He first of all concentrated on economic affairs. He opposed the introduction of purchase tax and early on argued for a kind of counter-cyclical policy to curb the economic crisis of the 1920’s.

Hornsrud remained with the Labour Party during the party’s disruption in the 1920’s, and edited the magazine Arbeiderbonden (”Working Class Farmer”) in the years 1921-1922. Following the election victory of 1927, which made the Labour Party Norway’s largest, he ended up being asked to form the party’s first government, which was appointed on 28 January 1928. He combined the post of prime minister with that of minister of finance.

The Hornsrud Government was overthrown after only 18 days, due to the Liberal Party’s no-confidence motion based on the declaration of assent. The Liberal Party claimed that the Government refused to guarantee for the banks in the economic unrest caused by the shift of government.

When the next Labour government was formed, Johan Nygaardsvold’s Government in 1935, Hornsrud was reluctant to accept the emergency settlement with the Agrarian Party. Rather, he wanted the Labour Party to cooperate with the Liberal Party.

After the Second World War Hornsrud stood out as an opponent of the alliance policy and with a critical view of both the superpowers, USA and the Soviet Union. In 1953, at the age of 94, he joined the group founding the newspaper Orientering, which later became the paper of the breakaway Socialist People’s Party (Socialist Left Party). Hornsrud consistently held on to traditional social democratic views when the cold war and economic growth came to dominate the labour movement.