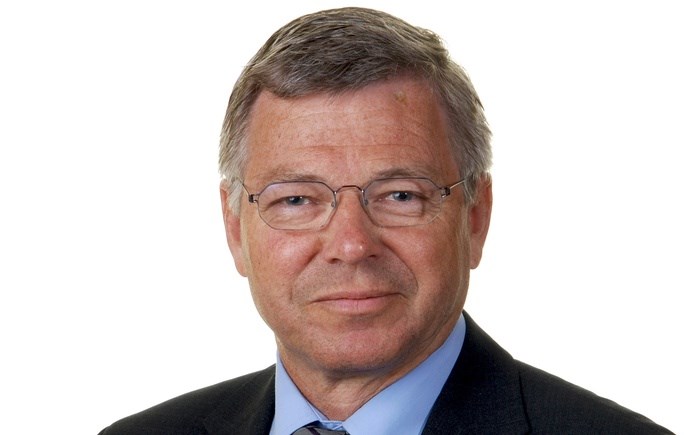 Kjell Magne Bondevik is a Lutheran priest and former politician.
Leader of the Oslo Centre for Peace and Human Rights since 2006.
(Photo: Stortinget).

Kjell Magne Bondevik grew up at Rauma Christian County College in Molde, in an environment giving him strong links to the low-church lay movement within the (Lutheran) Church of Norway. Through his uncle Kjell Bondevik, central in the Christian Democratic Party from the 1950’s to the 1970’s, he received political impulses. This made him join the Christian Democratic Party in 1965 and become deputy leader of the party’s youth organisation in 1968.

In his final years of comprehensive school in Molde Bondevik decided to study theology in order to become priest. He enrolled at the MF Norwegian School of Theology in Oslo, and achieved his Cand. Theol. degree in 1975. He was ordained a priest in the Church of Norway in 1979. However, he has never held full-time posts as a priest, as he was Member of Storting for the Christian Democratic Party in Møre og Romsdal 1973-2005. He was deputy member of the Storting from 1969.

It became decisive for Bondevik that Prime Minister Lars Korvald in October 1972 made him state secretary at the Office of the Prime Minister. Bondevik’s experience during these months made him decide on a political career.

In the late 1960’s and the early 1970’s Bondevik’s political profile was influenced by the so-called socio-ethical revival in the churches. This international movement argued that the churches should be involved in efforts for oppressed and under-privileged groups, and not merely focus on the salvation and moral standard of individuals.

This reorientation came to cause a protracted ideological and political struggle in the Christian Democratic Party, with Bondevik leading the younger generation and party leader Kåre Kristiansen heading the older. When Bondevik was elected deputy leader of the party in 1975, the conflict had reached the party’s leadership.

The issue of leaving the final decision on abortion to the woman, was a dominant issue in Norwegian politics in the last part of the 1970’s. When the Conservative Party decided to support this liberalisation, the Christian Democrats had problems in continuing their cooperation with the Conservatives.

Two years later, in April 1983, Bondevik succeeded Kristiansen as leader of the Christian Democratic Party. At the same time the party congress softened the party’s stand on government cooperation with the Conservatives. On 8 June 1983 the Willoch Government was expanded with ministers from the Christian Democratic Party and the Centre Party, with Bondevik as Minister of church and education. From late 1985 until the Government resigned in May 1986, he was also deputy to the Prime Minister.

After the Willoch Government’s resignation on 9 May 1986, Bondevik returned to his seat at the Storting while combining the posts as Christian Democratic party leader and parliamentary leader. Before the 1989 Storting elections he was central in efforts to form a new non-socialist coalition, and on 16 October 1989 he was appointed minister of foreign affairs in Jan P. Syse’s Government. Bondevik now established a number of international contacts, and engaged in human rights efforts.

On 3 November 1990 Syse’s Government had to leave the power to Gro Harlem Brundtland’s Third Government, as it broke up due to internal disagreement on Norway’s relations to the EU. Bondevik had given his support to the treaty securing Norway’s and other EFTA countries’ access to the EU market, and contributed decisively to the EEA treaty being adopted by the Storting in 1992.

The EEA issue led to strong tensions between the Christian Democrats and the Centre Party, but conditions improved after the two parties had joined forces against Norwegian EU membership in the months and weeks before the referendum in late November 1994. Bondevik now reoriented the party towards the centrist platform he had been representing in the 1970’s.

Bondevik had contributed in transforming the Christian Democratic Party from a protest party with a limited number of issues, to a party with a coherent programme and the will to govern. In the 1990’s he worked to make the party acceptable also to other groups than the low-church lay movement in the churches. As part of this strategy he left the post as party leader to a younger woman, Valgerd Svarstad Haugland, in 1995.

At the Storting elections in 1997 the Christian Democratic Party received 13 per cent of the votes. It was a victory for Bondevik’s line in the party and for the broader efforts to strengthen Norway’s political centre, that Bondevik’s coalition Government – representing the Christian Democrats, the Centre Party and the Liberal Party – succeeded Thorbjørn Jagland’s Labour Government on 17 October 1997.

Bondevik’s Government initially had good opinion polls, but ran into problems in the summer of 1998. The pressure on Norway’s currency and internal government disagreement on fiscal policy, dominated the news. On 31 August the Office of the Prime Minister made known that Bondevik had been reported sick due to a depressive reaction. Centre Party leader Anne Enger Lahnstein, minister of culture, became acting prime minister until Bondevik returned to work three and a half weeks later.

On 17 March 2000 Bondevik’s Government was succeeded by Jens Stoltenberg’s Labour Government, after having been voted down by the Storting on the issue of the construction of gasworks. 18 months later Labour’s defeat in the 2001 Storting elections made Stoltenberg and Bondevik switch seats once more, Bondevik now as head of a coalition government representing the Conservative Party, the Christian Democratic Party and the Liberal Party.

Bondevik’s last government period came to last longer than the first; for the entire Storting period 2001-2005. The 2005 elections gave a narrow majority for the coalition alternative consisting of the Labour Party, the Socialist Left Party and the Centre Party, and on 17 October 2005 Bondevik’s Second Government handed over to Stoltenberg’s Second Government.

Before the 2005 elections Bondevik had declined re-nomination to the Storting, and after the shift of government he was out of Norwegian politics.

In 2006 Bondevik initiated the Oslo Centre for Peace and Human Rights, an independent non-profit foundation, with himself as president. At the same time he was appointed UN special envoy for the humanitarian situation in the Horn of Africa. In 2007 Bondevik was elected moderator of the World Council of Churches’ commission on international affairs, representing the Church of Norway.