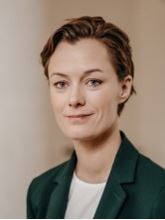 Ministry of Culture and Equality

Anette Trettebergstuen was appointed Minister of Culture and Equality on 14 October 2021. She was born 1981 in Hamar. Trettebergstuen has been a member of parliament since 2005.

First elected to the Storting as the representative for Hedmark county in 2005.

Has served on the standing committees for foreign affairs, labour affairs and family and cultural affairs.
Has worked especially with matters related to gender equality, better living conditions for LGBQT+ people, improving labour conditions, creating jobs for young people nationwide, and a cultural policy that helps provide everybody with positive experiences in their local community irrespective of background.