The Government is providing NOK 7.8 million to the efforts to tackle the current Ebola outbreak in the Democratic Republic of Congo. Norway has once again sent a team of specialist health personnel and three isolation units developed in Norway for the transport of patients with highly infectious diseases. 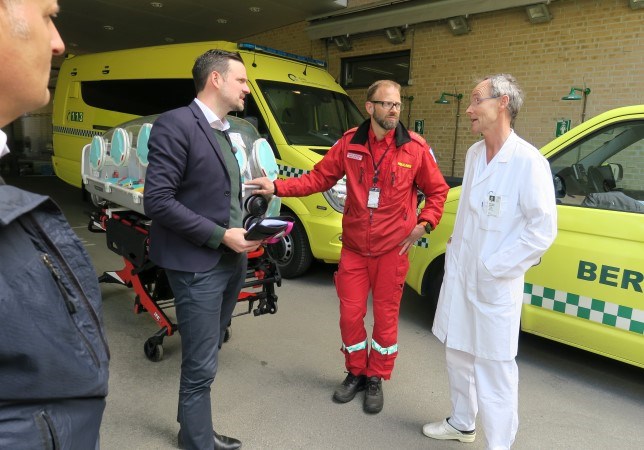 Some 970 deaths have been confirmed following the Ebola outbreak in DR Congo, which began in August last year. The World Health Organization (WHO) estimates that around 1 500 people may be infected and that the risk of the outbreak spreading to neighbouring countries remains high.

‘It is worrying that the Ebola outbreak in DR Congo has not been brought under control. The current outbreak is taking place in an area affected by conflict, where the security situation is difficult and there is considerable movement of people. The Government is giving priority to supporting the important work being done under the auspices of the UN. We are therefore providing personnel and equipment from Norway, while continuing to support WHO’s Ebola response activities,’ said Minister of Foreign Affairs Ine Eriksen Søreide.

The current Ebola outbreak is taking place in a politically unstable area where the security situation is volatile. Norway’s efforts are being carried out in cooperation with the EU and WHO.

‘Norway has both personnel and equipment available, and it is therefore only natural that we should contribute to the international Ebola response. Oslo University Hospital has made a team of experienced instructors available from its Ambulance Department. These health personnel have experience of using the equipment and work closely with WHO on the ground,’ said Minister of Health and Care Services Bent Høie.

Extensive vaccination efforts are underway. So far, around 100 000 people have been vaccinated against Ebola in DR Congo. Norway has supported the development of the vaccine that is currently being used in DR Congo through the Research Council of Norway’s Programme for Global Health and Vaccination Research (GLOBVAC). Through the global vaccine alliance Gavi, Norway has also provided funding for the establishment of vaccine stores that have made it possible to make use of the vaccine. In addition, the new global vaccine partnership CEPI, which receives funding from Norway, is supporting the development and licensing of further Ebola vaccines.

In 2018, Norway provided NOK 28.5 million to the international Ebola response in DR Congo.