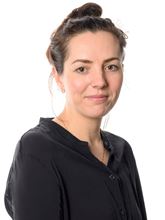 Sigrid Hagerup Melhuus (Labour Party) is appointed as State Secretary at the Ministry of Climate and the Environment from 10 January to 23 September 2022.

Sigrid Hagerup Melhuus) is the acting State Secretary at the Ministry of Climate and the Environment.

Ms. Hagerup Melhuus is currently on leave from her position as adviser to the finance faction of the Labour Party’s parliamentary group, focusing on the National Budget and climate budget, as well as economic policy and climate policy. Prior to that, she worked for the Norwegian think tank Agenda and the Norwegian tech company Kongsberg.

She holds a master's degree in the Political Science and Economics from the London School of Economics.