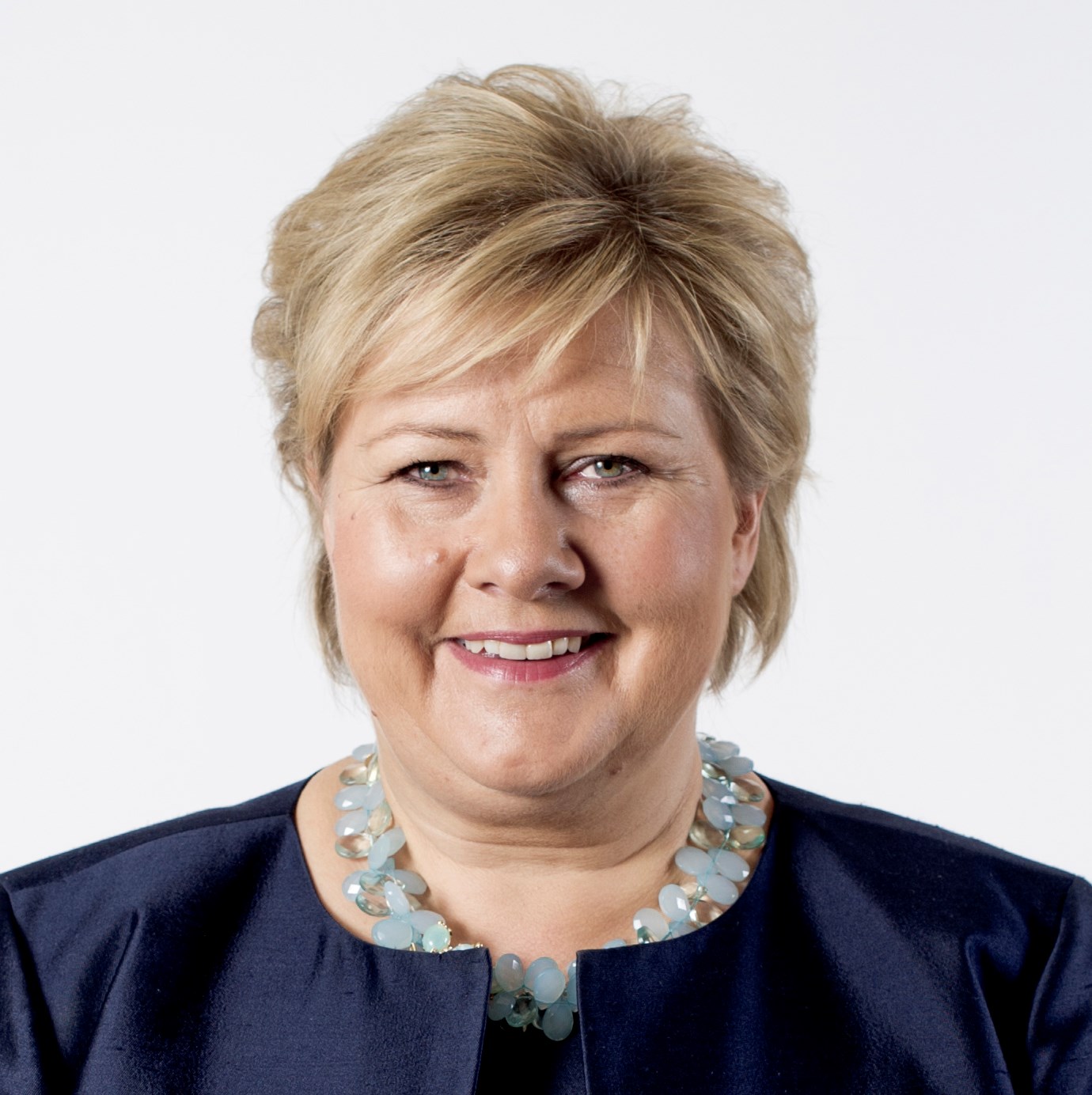 Councillor of State 19 October 2001-17 October 2005, Chief of the Ministry of Local Government and Regional Development.

Erna Solberg grew up in Bergen. Following education at Nygård School and Langhaugen Upper Secondary School, she passed her university qualifying exam in 1979. She then studied sociology, political science and statistics at the University of, qualifying for the Cand. Mag. Degree in 1986. In 1988, she passed a partial exam in economics at the same university.

During the Storting period 2009-2013, the Conservative Party, the Progress Party, the Christian Democratic Party and the Liberal Party discussed the possibility of forming a government after the general elections in September 2013. As the elections secured a majority for these parties, Solberg chaired discussions to this end. The Christian Democrats and the Liberals chose to remain outside the government, signing a declaration of cooperation with the two other parties who continued their discussions.

When the Conservative Party and the Progress Party were ready to form a government, Jens Stoltenberg’s Second Government tendered its resignation on 14 October 2013, after having presented its proposal for the 2014 state budget. Solberg was requested to form a new government, which was appointed on 16 October 2013.

Solberg has been leader of the Conservative Party since 2004.