The first 500 applicants who apply for assisted return can receive an additional NOK 10,000 in support.

The offer of an additional NOK 10,000 applies to those who apply for the first time and who:

This offer does not apply to those who

To inform potential applicants, the Norwegian Directorate of Immigration (UDI) is running an information campaign on different languages. Here are two examples of posters that are used in the campaign: 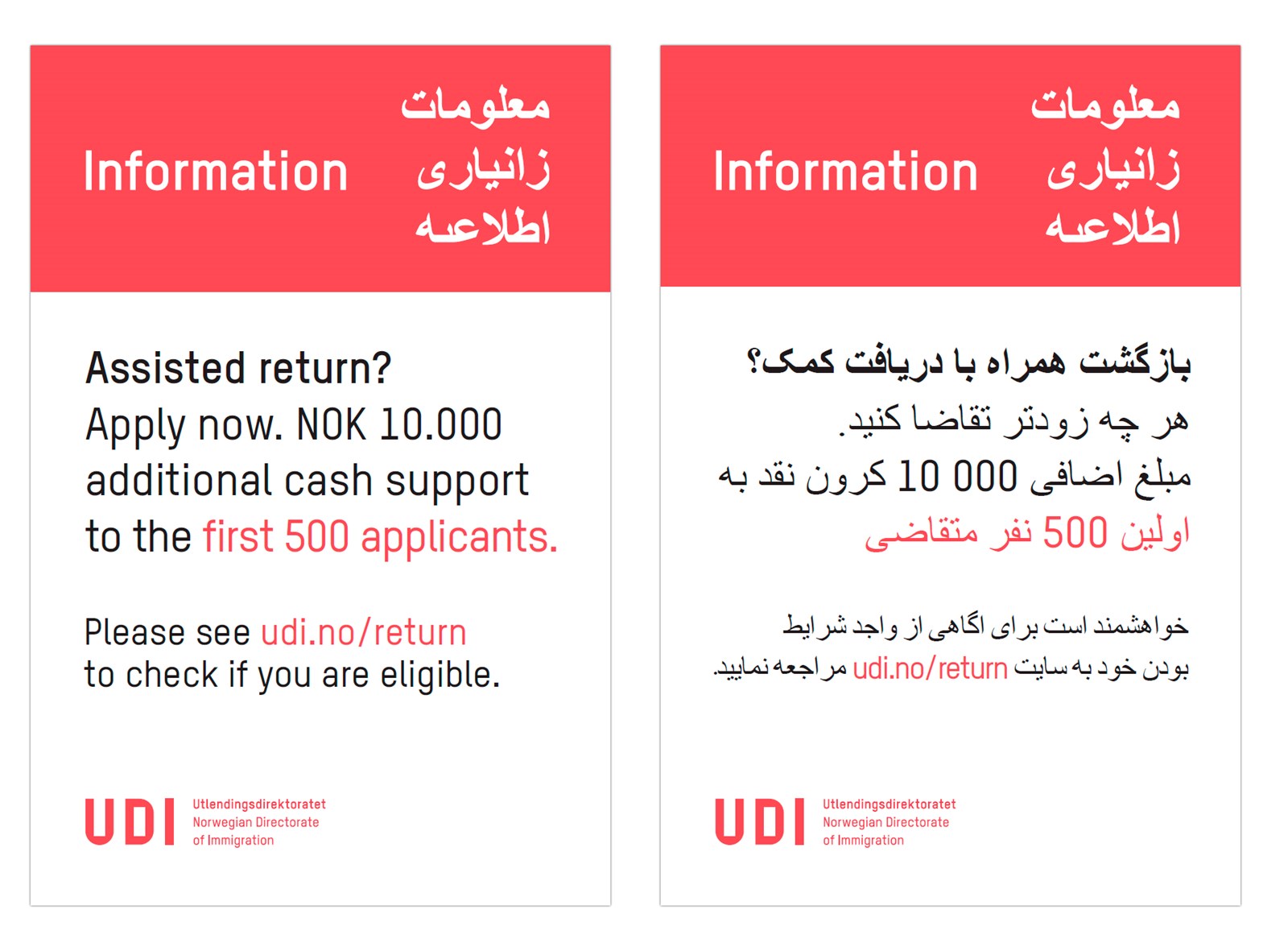 Open PDF with posters in five different languages
Read more about the offer at udi.no