After more than seven years in the Faryab province, the Norwegian Armed Forces Tuesday marked the transfer of responsibility for security and for the base itself to the Afghan authorities.

After more than seven years in the Faryab province, the Norwegian Armed Forces Tuesday marked the transfer of responsibility for security and for the base itself to the Afghan authorities. 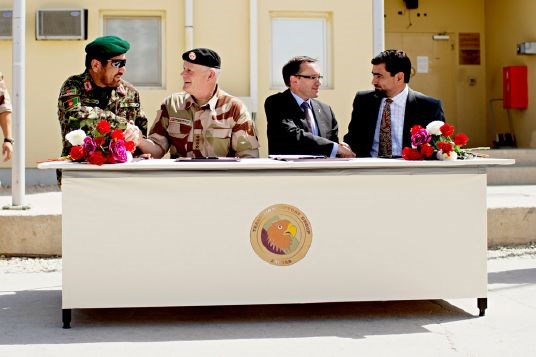 "Today's ceremony marks a new chapter ahead for Faryab. Over many years Norwegian forces have trained and built up the local security forces so that they one day will be able to take over responsibility for security in the province. Today we marked that this day has come," says defence minister Espen Barth Eide.

"On behalf of Faryab I would like to express my gratitude for the support that you have given us. Thanks to you, our own security forces are now able to operate on our own," says Faryab's provincial governor Faizal Begzaad.

The Norwegian-led base is being handed over to the Afghans as a gift from Norway to Afghanistan. This is in addition to the base that Norway has already built and donated to the Afghan army in the area.

"Norway saw at an early stage that the best thing we could do for Afghanistan on the military side was to build up Afghan capability with regards to military skills and good leadership and attitudes. That is one reason why we have realised our goal in this respect earlier than is the case in some other areas of Afghanistan," says defence minister Eide.

Afghan responsibility
The withdrawal of Norwegian forces from the Faryab province is a part of NATO's strategy in the run-up to the end of the ISAF operation in 2014. During defence minister Espen Barth Eide's visit to Kabul in April the ISAF leadership asked if Norway could complete the work in Faryab by 1 October. This was six months earlier than Norway had anticipated at the outset. This decision reflects ISAF's policy of concentrating its activities in fewer areas of Afghanistan as a step on the way towards the conclusion of the ISAF operation in 2014.

"A more rapid withdrawal has created a considerable logistical and administrative challenge but this is a challenge that the Norwegian Armed Forces have risen to in a wholly admirable way," says the defence minister.

Defence minister Eide stresses that this in no way means that the challenges facing us in Faryab are overcome.

"Afghanistan is a highly complex country with many internal conflicts that cannot be resolved through a military presence alone. The same applies to Faryab. The security situation in Faryab will continue to pose a challenge for a long time to come. It is important to remember that our job has not been to solve all the province's problems but to bring the Afghans to a point at which they are able to take responsibility for their own security," says defence minister Eide.

"I believe that ISAF has got it right regarding the point at which our presence in Faryab should come to an end. In operations like this one must recognise when it is time to leave. One should stay as long as is necessary but preferably no longer. In acknowledging this we are taking proper responsibility both for our own forces and for our Afghan partners," he adds.

The defence minister emphasises that the gratitude he feels for everyone now serving in Faryab also extends to their predecessors. 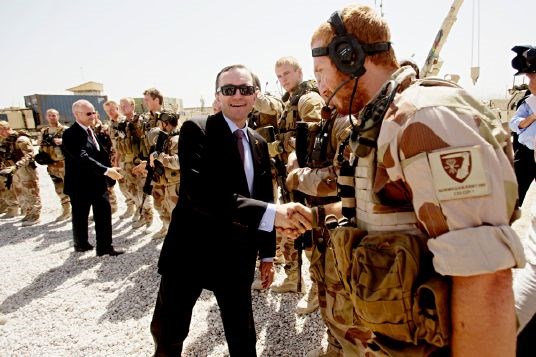 "I wish to extend my heartfelt thanks to all who are now serving and to those who have served in the years past. They have done a formidable job for Norway and for the international community. Most of all, though, my thoughts are with the brave soldiers we have lost, with their families and those closest to them, and to all those who have come home with physical or mental scars from their service in Faryab," says defence minister Eide.

Norway still in Afghanistan
ISAF is now concentrating its operations on the major population centres and the most important transport routes. Norway will now be concentrating its activities in Mazar-e-Sharif and Kabul.

"We shall be continuing our Special Forces' very successful training of the Afghan police's cricis response unit in Kabul. We are also contributing with personnel to a joint Nordic-Latvian unit which will be training Afghan police in Mazar-e-Sharif. In addition a C-130J Hercules transport aircraft will be flown out and placed at the disposal of ISAF within the next few weeks," says the defence minister.

Norway will maintain a military presence in Afghanistan right up until the end of 2014. After that, together with NATO, we will provide assistance with certain advisory and training functions but at a substantially lower level than today. At the same time our development aid on the civil side will remain at a high level. Financial support to the Afghan security forces will at least continue until 2017.