Norway today commenced the largest public procurement project in its history. The event was marked by Minister of Defence Espen Barth Eide authorizing the order for the first F-35A Lightning II for the Norwegian Armed Forces.

Norway today commenced the largest public procurement project in its history. The event was marked by Minister of Defence Espen Barth Eide authorizing the order for the first F-35A Lightning II for the Norwegian Armed Forces. The decision to move forward was reached following an extended dialogue with the US Department of Defence aimed at securing opportunities for Norwegian industry. 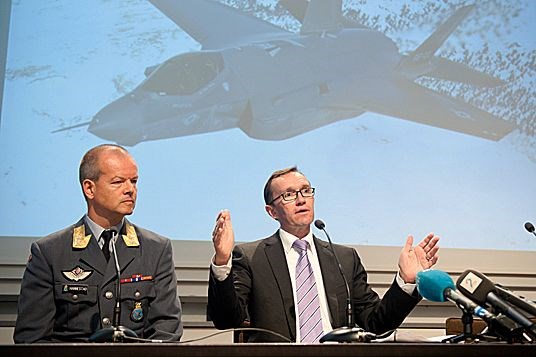 - We have today made two critical decisions. For the first time in three decades we are now ordering new combat aircraft for the Armed Forces. Additionally, we will begin preparations for the final phase of Joint Strike Missile (JSM) development after receiving confirmation from US authorities of their support for the integration of the missile into the F-35, says Norwegian Minister of Defence Espen Barth Eide. 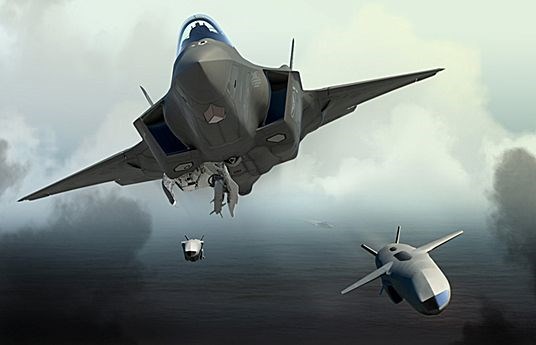 - This marks a key milestone in the Norwegian F-35 programme and the beginning of the largest public procurement in Norwegian history. The F-35, which Norway selected in 2008, represents a completely new generation of combat aircraft that will form a corner stone of the future Norwegian Armed Forces, says Minister of Defence Espen Barth Eide.

Confirmation of JSM integration support was provided in a letter from US Secretary of Defence, Leon Panetta to Norwegian Minister of Defence Espen Barth Eide earlier this week.

- Securing such support has been an important precondition for many of our partner nations before they would themselves commit to supporting the JSM. With such support finally in place there is now a significant potential for the missile among future operators of the F-35. Preparations for the final phase of procurement will therefore begin now, says Minister of Defence Espen Barth Eide.

The Norwegian-developed JSM represents one of the most advanced weapons available within its category, and will further enhance the operational capabilities of the F-35. Total market potential for the JSM is estimated to be between NOK 20 and 25 billion/USD 3.3 and 4.2 billion.

The two aircraft authorized today are expected to be joined by a second pair in 2016, and will be based in the United States as part of a joint partner training centre. They are to be followed by up to 48 additional aircraft from 2017 that are to be based at Ørland Main Air Station in central Norway. A small forward operating base will also be based at Evenes in northern Norway to provide quick reaction alert (QRA) services in the high north. An estimated 10% of the overall force generation will also be carried out from the Evenes FOB.

The overall cost of the procurement phase of the project is estimated at NOK 60 billion/USD 10 billion (2012 value) in real terms.

The decision to centralise the combat aircraft force at Ørland was approved when the Norwegian Parliament approved the new Defence White Paper on the 14th of June. This paper also confirmed the overall ambition for up to 52 F-35s for the Norwegian Armed Forces. Norway will over the coming years see a budget increase of 7% by 2016 through redistribution of funds freed up by the withdrawal from Afghanistan and the addition of significant supplementary funds for the F-35 purchase.

- Norway's parliament yesterday approved a significant increase in defence spending in order to finance the purchase and to increase the general operating budget of the Armed Forces. At the same time, the Parliament has shown courage in making tough but necessary decisions in order to continue the work to rationalize the base infrastructure. This means that the positive development we have seen in the Norwegian Armed Forces over the past four years will continue, concludes Minister of Defence Espen Barth Eide.