This report is Norway’s fourth national communication under the Framework Convention on Climate Change (UNFCCC). 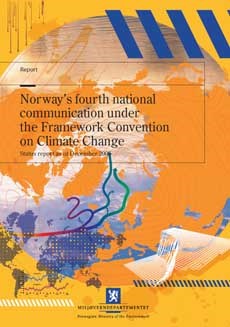 5. Projections and the effect of policies and measures

8. Financial resources and transfer of technology

Annex B. Definition of acronyms