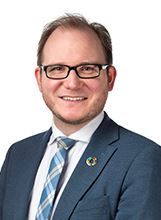 State Secretary for the Minister of Trade and Industry

State Secretary for the Minister of Trade and Industry (2018– )

Board positions and offices

Coordination forum between preparedness and crisis [BM2] and management in: Avinor, Forsvarsbygg, Luftforsvarsledelsen and Skifte Eiendom (2012–2016)
Representative for Bodø municipality and led the work of the secretariat.