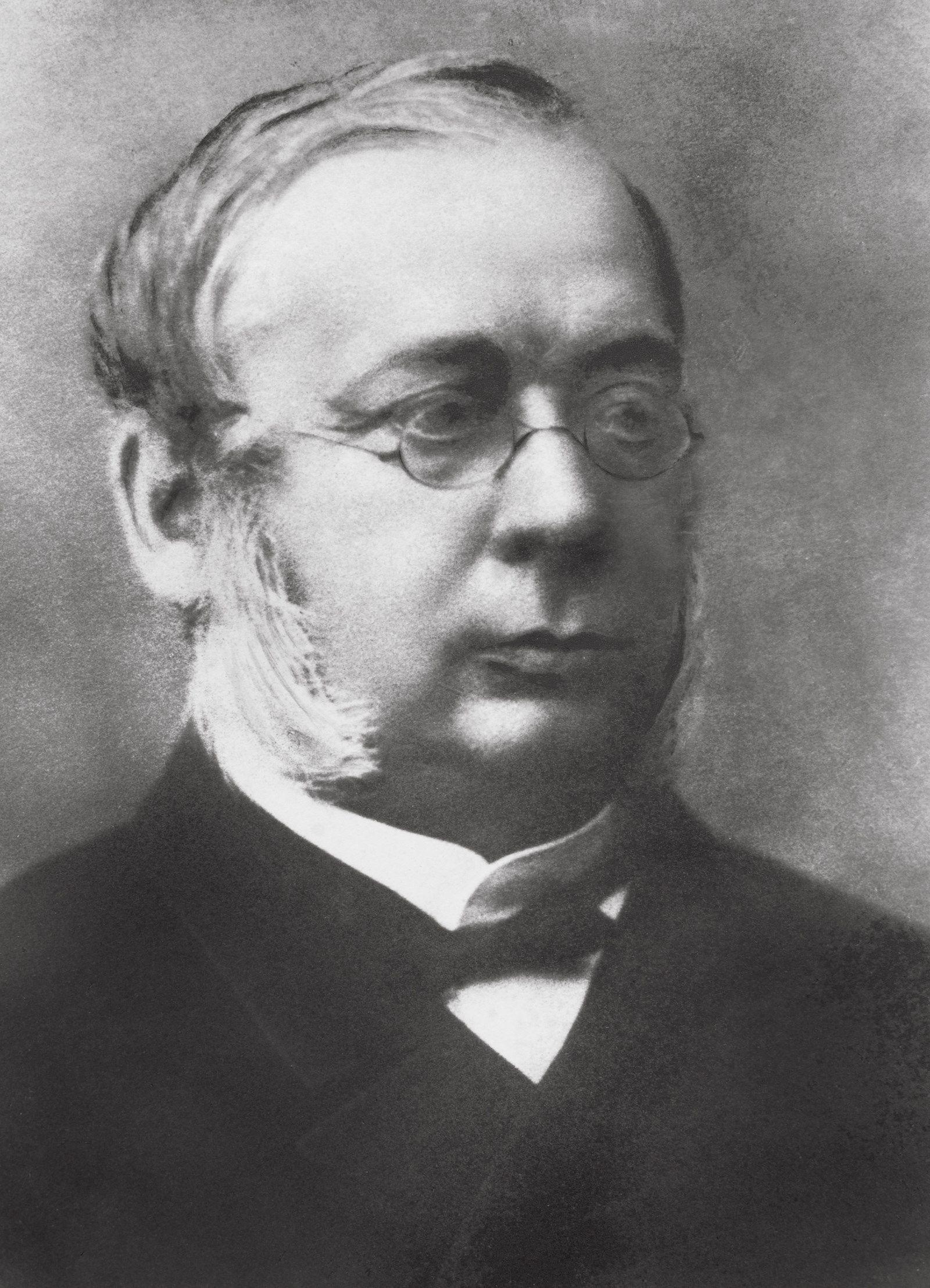 Emil Stang was lawyer and politician.

Stang soon established his own legal practice, and in 1861 he joined the desk of the juridical weekly Ugeblad for Lovkyndighed. When this was merged with the quarterly Norsk Retstidende in1871, he remained the editor until 1907 – with the exception of his years as prime minister.

Stang stayed out of national politics as long as his father was prime minister. He was member of the executive board of Kristiania City Council 1877-1889, but had no other central role in the city’s municipal life.

When Stang came to the Storting in 1883, the political situation was tense following King Oscar II’s and the Government’s sanction refusal in 1880. The Liberal Party, which had won the national elections, was preparing open impeachment of Christian Selmer’s Government. The events up to the impeachment verdict in February 1884, the short-lived Schweigaard Government and Johan Sverdrup’s take-over in June 1884, was a decisive blow to the conservative side.

After the defeat Stang started to establish a conservative party organisation. The summer and autumn of 1884 saw the creation of a national Conservative organisation as well as a local one for Kristiania – with Stang as president of both. The aim was to win the Storting majority.

As Stang's law firm had been suffering due to his political activity, Stang concluded that he would have to withdraw from politics. However, in 1888 the Conservative Party raised a considerable amount of money that made it possible for him to continue.

In the new Storting meeting in 1889, the ”pure” Liberal wing continued their attacks on the Sverdrup Government, while the Conservative Party initially gave the Government necessary support. Gradually the Conservatives came to the conclusion that one should seek to remove the Sverdrup Government. Stang was not convinced, but when Sverdrup in June 1889 attempted to unite the two Liberal wings, Stang presented his motion of no-confidence against the Government. Sverdrup then chose to tender his resignation, and the King requested Stang to form a new government.

Stang’s Government was appointed in July 1889. Stang combined the post as prime minister with the task of heading the Ministry of Auditing. As the Stang Government could only stick to power with the support of moderate Liberals in the Storting, Stang chose a careful line. Two central tasks were to implement the Criminal Procedure Act of 1887 and the Primary School Act of 1889. Other issues were union laws, social reforms, a proposed law on factory inspection and an initiative to continue the railway construction.

The issue of the handling of foreign affairs in the Swedish-Norwegian union came to settle the fate of the Stang Government. The matter had been on the agenda since 1885, when the Swedish side had wanted to strengthen the Riksdag’s (the Swedish parliament) control of the foreign policy. This had triggered a Norwegian claim for equal Swedish-Norwegian control of the foreign policy, by having as many Norwegian as Swedish ministers participating in the handling of foreign affairs – in the government body termed ministerial council of state. Since 1835 the Norwegian side had been represented in these sessions only by the Prime Minister.

Negotiations on this issue ended in 1886, when the Swedish side requested that the Minister of Foreign Affairs should be a Swedish citizen. The Stang Government succeeded in having the Swedish Government accept a phrasing where this demand was met in practice, but without being introduced as a principle in the Act of the Realm (the common union law). When this was made known in the King’s Speech to the Storting in February 1891, the conservative press exulted that the Conservative Party had now achieved what the Liberal Party had not been able to do in 1885. This caused the two Liberal wings to join in motioning that the Storting should state that the proposed arrangement would never be accepted, as it would restrict Norway’s right to full equal status in the union.

Stang countered with demanding a vote of confidence, but had the Storting majority against him in late February 1891. In early March the Stang Government resigned, to be succeeded by Johannes Steen’s Liberal Government. Stang returned to his Storting seat and became chairman of the Conservative Party’s parliamentary group. At the elections later that year Stang was re-elected from Kristiania and continued as the leader of the Conservative group.

In December 1891 Stang became acting judge in Kristiania Intermediate Court of Appeal, an office he never came to fill – due to his political posts.

In February 1892 Prime Minister Steen unexpectedly requested King Oscar II to approve a bill on a separate Norwegian consular service, and that the matter should be handled in a Norwegian – and not a joint Swedish-Norwegian – council of state session. The King refused. When the Government in March chose to submit the report to the Storting, the King stated that he did not support the content and that the future handling of the matter should be in accordance with the Act of the Realm.

In June 1892 the Storting decided, against the votes of the Conservative Party and the Moderate Liberal Party, that the Government should initiate negotiations with Sweden to bring an end to the common consular service. When the proposal was to be discussed in a Norwegian council of state session in Stockholm on 22 June, King Oscar II declared in writing that he would not sanction. In the next session of the full  Norwegian Council of State, in Kristiania on 29 June, the Government tendered its resignation. The King gave Stang free hands to form a new government, but on 26 July the Storting requested the Steen Government to withdraw its resignation as the consular service issue was to be postponed.

In April 1893 the Steen Government again brought up the consular service issue with the King, who had not changed his mind from the previous year. Once more the Government tendered its resignation, Stang was again requested to form a new government and in early May his second government was appointed. The Government was from the outset met by opposition from the Liberal group. The Liberals also inflicted damage on Norway’s international reputation, by considerably reducing the royal apanages.

The Storting elections in the autumn of 1894 saw progress for the Conservative Party and the Moderate Liberal Party, with the Liberal Party still holding majority. As a result of this Stang’s Second Government tendered its resignation on the last day of January 1895, the day before the Storting met. However, as the King did not succeed in finding a person willing to form a new government, Stang remained in office. Only in mid-October 1895 was the Government allowed to resign, after Prime Minister (in Stockholm) Gregers Gram and Councillor of State Francis Hagerup had negotiated a new government based on the Conservative Party, the Moderate Liberal Party and the Liberal Party. Hagerup now became the Prime Minister while Gram continued as the Norwegian Prime Minister in Stockholm.

Stang, no longer member of the Storting, was now appointed presiding judge of Borgarting and Agder Court of Appeal, and remained outside of political life for the rest of the period. However, he was re-elected to the Storting for 1898-1900 and again became chairman of the Conservative group.

After this period Stang withdrew from public life and also from the post as chairman of the Conservative Party. In 1901 he was appointed Supreme Court judge, a post he had to leave in 1904 due to illness. Until his death in 1912 he had little contact with the life of politics and law.