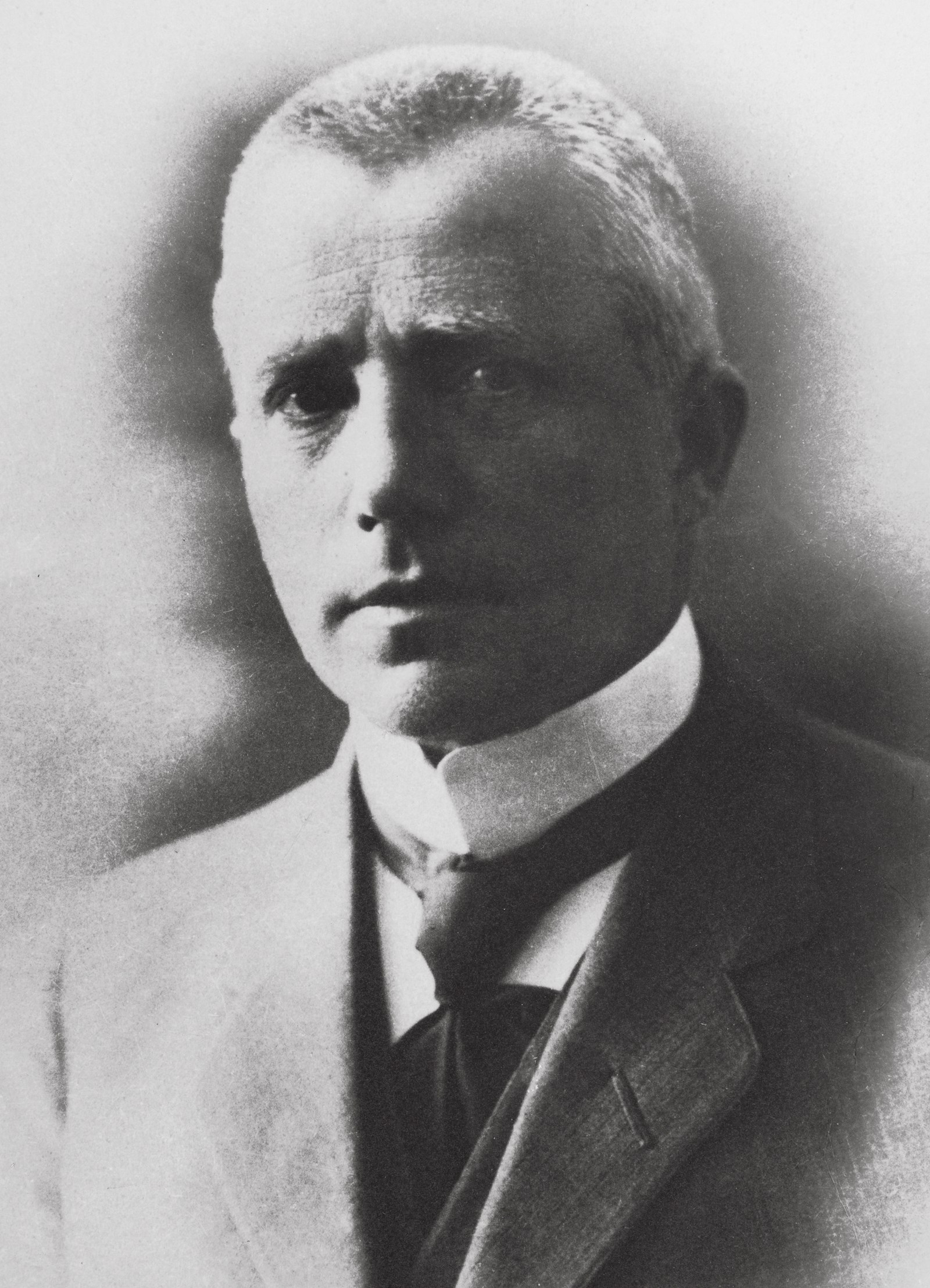 Prime Minister 6 March-23 May 1923, also Chief of the Ministry of Justice.

Otto B. Halvorsen was raised in Kristiania, passed his university qualifying examination in 1890 and achieved his law degree at the University of Kristiania in 1896. He engaged in politics already as a student, and spent a year as commentator for the daily Bergens Aftenblad. After finishing his studies he was for a period engaged by the Conservative Party’s main office.

Following work as district stipendiary magistrate clerk and solicitor’s clerk until 1903, he received his barrister’s authorisation and opened his own legal practice in Kristiania in 1904. He led the practice until his death, but gradually political work came to take most of his time.

In 1912 Halvorsen was elected to the Storting from Gamle Aker constituency in Kristiania. He does not seem to have been very visible in his first two periods at the Storting, but apparently came to hold an increasingly strong position in the Conservative Party’s parliamentary group and in the party itself. Following the Conservative victory in the 1918 elections he succeeded Jens Bratlie as the party’s uncontested leader.

When the new Storting met in 1919, Halvorsen was elected Storting president. He combined this post with his role as the Conservative Party’s parliamentary leader until the summer of 1920. Gunnar Knudsen’s Second Government now resigned, and Halvorsen’s Government was appointed on 21 June. He chose to combine the role of prime minister with the post of leading the Ministry of Justice.

Halvorsen took over as leader of the Conservative Party at a time when the main conflict issues with the Liberal Party was the language dispute (between standard Norwegian and New Norwegian) and the ban on alcohol import and sales. The alcohol issue was basic in all the three government crises Halvorsen was involved in. Also, the threat from a more radical labour movement was a new factor on the political arena. On the non-socialist side the fear of a socialist revolution reached a peak during the railway conflict in December 1920 and the major strike in June 1921.

The tense situation caused the Conservatives and the Liberals to secretly agree on measures to avert possible revolutionary attempts, and as the Minister of Justice Halvorsen became responsible for administering these measures. Halvorsen handled this task in a way that gave him broad support in all non-socialist groups. He now emerged as the country’s leading politician. However, when the Government was defeated in the Storting on the issue of a new school system, Halvorsen chose to resign on 22 June 1921.

Halvorsen regarded himself as a conciliator and a social reformer. The Conservative Party’s programme in the 1918 elections had advocated measures against the housing shortage, the introduction of social insurance and the sharing of industrial profit between employees and workers. The same issues were repeated in the 1921 programme, in spite of increasing opposition from the Conservative Party’s right wing and from employers. However, Halvorsen did not yield. ”We have nothing to do with the employers and we are not a class party”, he told the Conservative Party’s central board in 1922.

Following the shift of government in 1921 Halvorsen returned to the posts as president of the Storting and Conservative parliamentary leader, and remained so until Otto Blehr’s Liberal Government resigned on 6 March 1923. Once more Halvorsen became prime minister and minister of justice. He quickly lifted the import ban on fortified wine, preventing a complicated treaty conflict with wine-producing countries. But after only a couple of weeks he had to leave his post, due to a painful cancer illness that caused his death two months later – on 23 May 1923.

Halvorsen was carried off at the top of his political career, few days before his 50th birthday. The fight over his successor as leader of the party started already when the Prime Minister was on his deathbed. For Halvorsen’s supporters Odd Klingenberg, the Minister of Social Affairs in both Halvorsen’s governments, was the obvious successor. However, he lost to Abraham Berge, the Minister of Finance. This represented a shift in the political direction, towards the tackling of increasing fiscal-policy problems. Thus, Halvorsen’s social-reform policy was for a long period marginalised in the Conservative Party.

Otto Bahr Halvorsen’s reform willingness may be seen as a Norwegian offshoot of a radical trend seen in most European countries after the First World War. As a result of the wish for reconciliation between the peoples came the vision of increased social justice and the recognition of the sins of the past. Also Norway’s party system was shifted towards the left, and the election of Halvorsen as leader of the Conservative Party in 1918 was an expression of this.