The Arctic was the focus of attention when NATO Secretary General Anders Fogh Rasmussen and the North Atlantic Council visited North Norway on 6–7 May.

The Arctic was the focus of attention when NATO Secretary General Anders Fogh Rasmussen and the North Atlantic Council visited North Norway on 6–7 May.

Minister of Foreign Affairs Espen Barth Eide was host for the visit, during which the leaders of NATO were given a thorough introduction to a region characterised by cooperation, growing international attention and sustainable resource use. 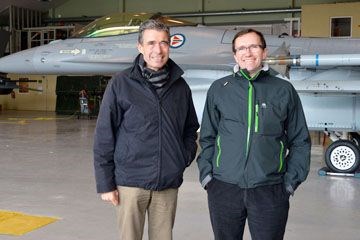 For a number of years, Norway has emphasised that NATO should have in-depth insight into the Alliance’s neighbouring areas, including the Arctic region and developments there. The visit to North Norway by the Secretary General and the North Atlantic Council, which is made up of high-level representatives of each of the 28 member countries, was part of efforts to enhance NATO’s and its member countries’ knowledge of the Norwegian Arctic.

At the High North Research Centre for Climate and the Environment (the Fram Centre) in Tromsø, the North Atlantic Council was given briefings on key issues and trends in the Arctic. The main message was that developments in the Arctic are characterised by cooperation, close neighbourly relations, respect for international law and the sustainable use of resources.

In Tromsø, the programme for the visitors was rounded off with a visit to the University of Tromsø, where Mr Eide and three NATO ambassadors took part in a spirited discussion with inquisitive students about NATO’s role today and in the decades to come.

The visit to Bodø focused on security and defence policy issues. Representatives of the Norwegian Air Force’s largest fighter pilot squadron, Luftving 132 at Bodø Main Air Station, gave briefings on the role and responsibilities of the Air Force. The Secretary General and the North Atlantic Council were also given a demonstration of how Norway, on behalf of NATO, fulfils its responsibility to defend our air space. Norway has two F16 fighter jets on 15-minute alert at all times to carry out this task.

On the way back from Reitan to Bodø, the members of the North Atlantic Council stopped at Saltstraumen, a narrow channel that has the strongest tidal current in the world, and were able to experience North Norway’s weather and natural environment at close hand. 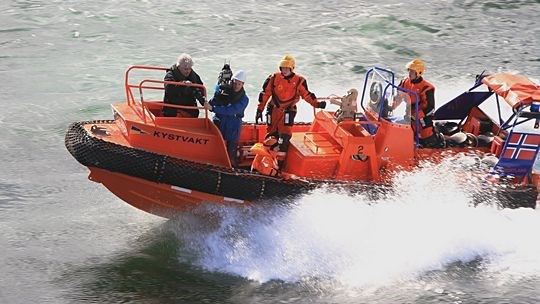