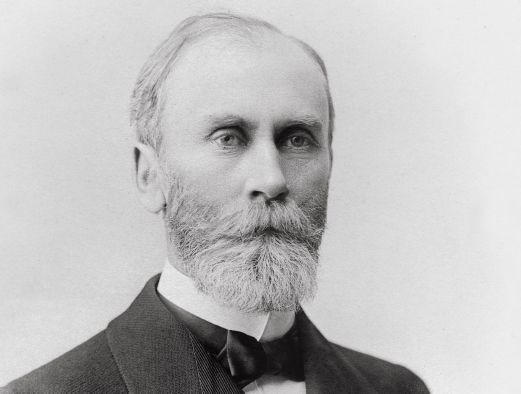 Gregers Gram passed his university qualifying examination in 1864 and achieved his law degree at the University of Christiania (Oslo) in 1869. Following language studies in France he was engaged by the Norwegian Ministry of Justice in 1873, but already in 1875 accepted a post as judge at The Mixed Tribunals that now were being established in Egypt. These tribunals were operative from 1 January 1876, and Gram was first a member of the tribunal in Ismailia. He later came to the tribunals in Cairo and Mansourah, before working at the tribunal in Alexandria from 1879 to 1882.

His work in Egypt had effects for Gram’s later activities as an international arbitrator, and gave him a wide international network of contacts.

Upon returning to Norway in 1882, Gram became acting county governor of Nordland in 1883 and acting Supreme Court judge in 1884.

Gram had not been politically active before becoming prime minister in Stockholm. Rather, he was probably chosen by Stang because of his reputation as a lawyer and his international experience. Relations between the parties in the Swedish-Norwegian union were such that Gram’s diplomatic skills quickly became important.

After his years in government Gram was in 1898 appointed diocesan county governor of Hamar and county governor of Hedemarken, an office he held until 1915. He was several times offered the post as Swedish-Norwegian ambassador to European capitals, but declined. The same happened when Prince George of Greece in 1899 offered him the post as Greek high commissioner of Crete.

Gram still came to spend much time abroad, as an international arbitrator. When the permanent International Court of Arbitration in Haag was established in 1899, Gram was appointed Norwegian member for the first six-year period. His mandate was later renewed for Gram’s lifetime, and from 1925 he was the Court’s senior member.

Among Gram’s cases in Haag was the 1892-1893 dispute between USA and Great Britain on sealing in the Bering Sea, the 1902 dispute on Japan’s  right to tax property held by French, British and German citizens, and the 1905-1910 Swedish-Norwegian dispute on reindeer pasture.

As an arbitrator Gram combined a natural dignity and a marked formal skill with an eye for the real point of a case. He saw the voluntarily accepted arbitration as the future way to settle international disputes, and as a peace-keeping factor as opposed to the international use of force.