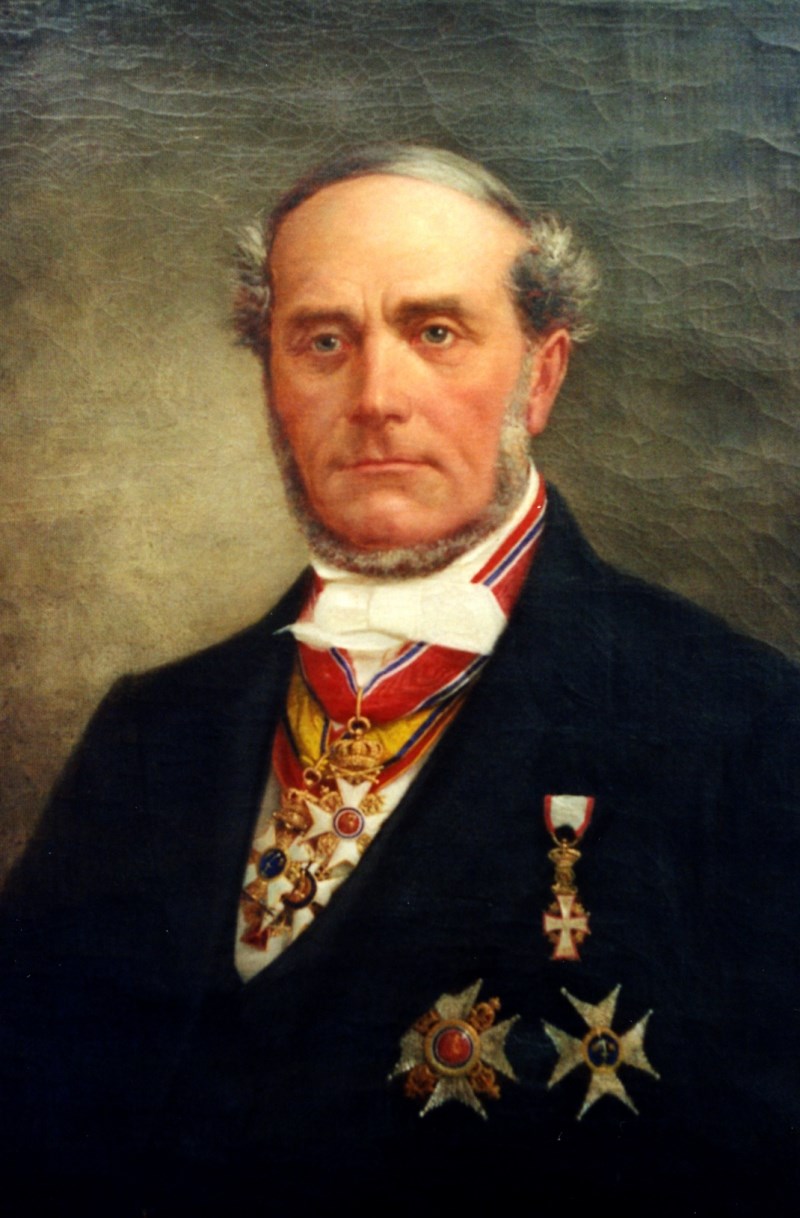 Councillor of State 18 May-5 June 1875, member of the Interim Government in Stockholm.

Councillor of State 6-21 July 1875, member of the Interim Government in Stockholm.

Councillor of State 16-26 September 1881, member of the Interim Government in Stockholm.

Wolfgang Haffner became a second lieutenant in the Navy in 1824, and a lieutenant in 1830. In 1839 he was appointed as teacher in Norwegian language and mathematics to the three eldest sons of Crown Prince Oscar. To one of them – the later King Oscar II – he was also a teacher in naval operations, something that offered him the opportunity of escorting the Prince on foreign cruises. He kept the teacher’s post until 1848, and established a life-long friendship relation in particular to Prince Oscar. They regularly exchanged letters for the rest of Haffner’s life.

After his teaching post in Stockholm, Haffner continued his naval career, reaching the rank of commodore in 1860. In December 1861 he was appointed councillor of state and chief of the Ministry of Navy and Postal Affairs in Frederik Stang’s Government. As his period saw considerable amounts granted for the enlargement of the Navy’s main base at Horten, Haffner had to face rather harsh criticism from the Storting. When the Storting in 1869 expressed lack of confidence in him, Haffner tendered his resignation. The King, Carl XV, accepted the resignation while underlining that he was respecting Haffner’s wish, not the Storting’s statement.

During his journeys abroad in 1875 and 1881 King Oscar II appointed Haffner member of the interim governments in Stockholm.

Following the impeachment verdict against Christian Selmer’s Government in 1884, Haffner in March 1884 became acting councillor of state and member of the Norwegian Council of State Division in Stockholm. On 21 March he became acting Norwegian prime minister in Stockholm, until the Schweigaard/Løvenskiold Government succeeded the Selmer Government on 3 April 1884.