‘Working together for a better world’. This is the ideology behind the UN. The organisation was founded after two devastating World Wars, and its primary aim is to save succeeding generations from the scourge of war.

The 75th session of the UN General Assembly opened on 15 September 2020 at the UN Headquarters in New York. This year, delegates from capitals around the world will not be physically present for the week of high-level meetings . Attendance in the General Assembly Hall will be kept to a minimum, and Norway will be represented by its Permanent Mission to the UN in New York. 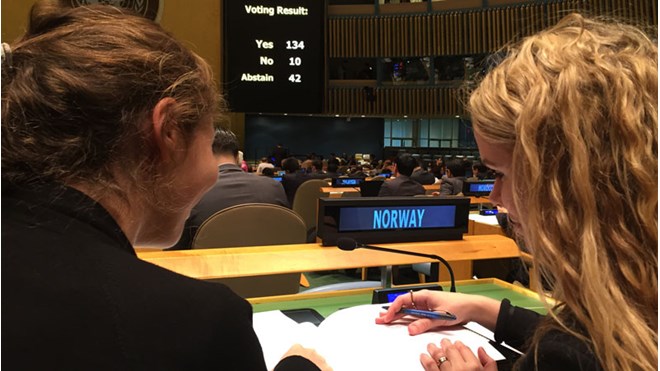 Five recommendations for the next Secretary-General

Norway presented five recommendations intended for the next Secretary-General of the United Nations, together with Colombia, Ethiopia, Ghana, Indonesia, Jordan and Mexico. 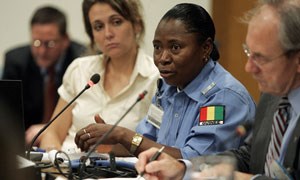 Human rights and good governance are so much more than items on an agenda. They are the pillars of human dignity, security and prosperity – and the foundations upon which meaningful lives and successful societies rest.

Statement at the UN's #EndSGBV event

Statement on the anniversary of the Beijing Declaration

01/10/2020: Statement from Prime MInister Erna Solberg and Youth Delegate Celia Lima on the high-level meeting on the occasion of the twenty-fifth anniversary of the Fourth World Conference on Women and adoption of the Beijing Declaration and Platform for Action. UN General Assembly, October 1st 2020.

This is the first time a Norwegian government has presented a white paper on the place of the seas and oceans in the country’s foreign and development policy.