The importance of Norwegian natural gas in the European energy mix was high on the agenda when Minister of Petroleum and Energy Tord Lien met Vice President of the European Commission, Maros Šefčovič in Luxembourg.

- Norway is a long-term and reliable supplier of natural gas to the European market. We want to be a secure supplier also for the future. We depend on clear signals from our partners in the EU that there will be a demand for Norwegian gas also in the future. Therefore, I am pleased with this opportunity to discuss these matters with key decision makers such as the European Commission's Vice President, Maros Šefčovič, says Minister of Petroleum and Energy Tord Lien.

There are large remaining natural gas resources on the Norwegian Continental Shelf (NCS). So far, only around one third of the resources have been exploited and the production from the NCS is expected to remain stable in the years to come. 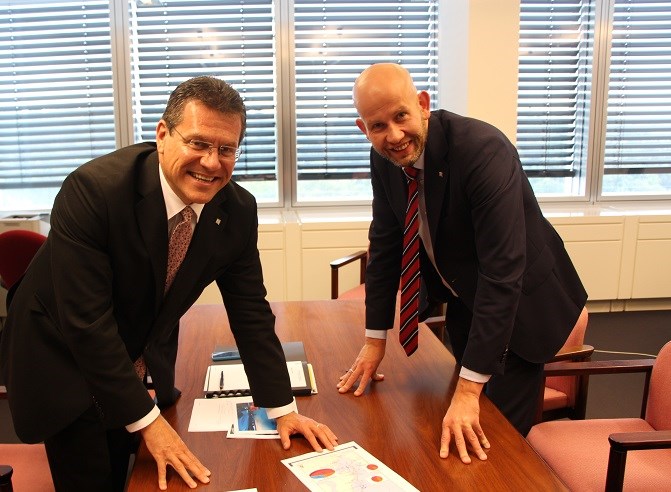 Lien and Šefčovič also discussed the ongoing work with the EU's Energy Union and the development of the European electricity market.

- An effective legislative and economic framework is precondition for well-functioning energy markets, security of supply and ambitious environmental policies. We support the development of a flexible governance system for the Energy Union, with an emphasis on regional cooperation in order to develop electricity markets further, says Minister of Petroleum and Energy Tord Lien. 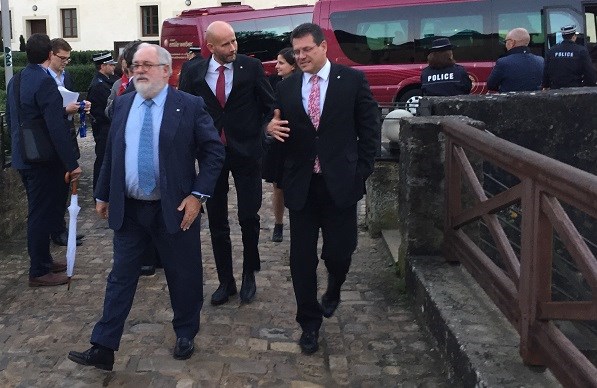 The Minister of Petroleum and Energy also participated at the Informal meeting of EU Ministers for Energy in Luxembourg, where the ministers discussed new energy technologies and their business potential. The meeting offered good opportunities for informal talks with important partners in the EU.