Speech by State Secretary Øystein Bø from The Norwegian MoD in London November 11th 2013, Remembrance Day in London. 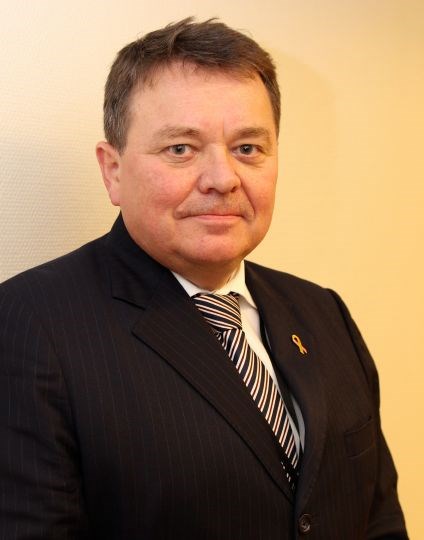 Speech by State Secretary Øystein Bø from The Norwegian MoD in London November 11th 2013, Remembrance Day in London.

Knowing the importance of Remembrance Day to the British, it is an honour for me to be able to share this day with you. It is a day for commemoration, but it is also a day for contemplating on the present and the future.

Today, we pay tribute to the men and women who gave the ultimate sacrifice for the freedom of their loved ones and of the generations to follow.

The soldiers of World War I all paid a high price. Many were afflicted with wounds marking them for the rest of their days, and far too many lost their lives.

There was hardly one British family who was not affected. Many received the message they feared the most from the Western front.

The horrors of those who spent weeks and months in the trenches around Ypres, Somme and Verdun are incomprehensible to us. A visit to the cemeteries near Ypres can make us understand the numbers, but never the suffering behind.

Their sacrifices must not be forgotten. We have an obligation to make sure that our children and future generations also do not forget.

Therefore, we must keep history alive. War history has been documented in a number of books and films over the years.

Currently, the Defence Media Centre in Norway is producing a documentary to record the efforts some of our resistance fighters, who, from their hideouts in the forests, played an important role in the liberation of Norway.

Back home they are known as “Gutta på skauen” – an expression that has such a unique meaning that I wouldn’t even think of attempting a translation.

I am grateful that one of these fighters is with us today. Ragnar Ulstein is an outstanding journalist and war historian. But, to me, he is first and foremost a true Norwegian who, in difficult times, understood that freedom comes with a price, and acted accordingly.

I sincerely thank you, Ragnar, firstly for what you did for our freedom, and secondly, for being with us today, personifying our historical heritage.

Today, we also honour the servicemen and -women who, in our time, are working to bring peace and security to people in war-torn areas around the world.

Their efforts contribute to providing these people and communities with the hope of a future they could otherwise only dream of.

At this very moment, Norwegian troops stand shoulder-to-shoulder with British and other allied soldiers, as well as with Afghan forces, to combat insurgency. Norwegian navy personnel lead NATO´s mission to counter piracy in the Gulf of Aden.

And, our soldiers and officers monitor peace agreements in the Middle East, in South Sudan and in the Balkans.

These men and women carry out their mission with extraordinary efforts and great bravery. Their belief that their missions are meaningful, and that they are helping actual people, fuels their labour. I am proud of their commitment and professionalism.

Veterans from World War II, and veterans serving in today’s operations have one thing in common: The conviction that their efforts are making a difference.

History shows that when peace is at stake, someone steps forward. Someone, who realize that they will have to face personal danger to create a better life for other people.  All of our veterans, old and young, are among them.

In closing, allow me to take this opportunity to sincerely thank my old friend Ambassador Traavik for making it possible for us to share this important day.

Let me propose a toast to all our veterans who have undergone, and still undergo, hardship on our behalf.