In his capacity as Chief of Police, the Governor of Svalbard is head of the local rescue service (LRS), which, as is normally the case, is placed under the Rescue Coordination Centre for Northern Norway in Bodø (RCC-NN). The Governor cooperates with the Longyearbyen Red Cross, the hospital, the fire brigade, Store Norske Spitsbergen Kulkompani AS (Store Norske) and other local agents.

The growing influx of tourists, increased traffic by permanent residents and the increase in shipping and fishing activities off the coast of Svalbard are making ever greater demands in terms of rescue preparedness. In recent years a number of accidents have demonstrated the importance of having an efficient and well-planned rescue preparedness system. For example, the shrimp trawler Atlantic Prawn foundered at the northern end of Hinlopenstretet in December 1995 and the cruise ship Hanseatic ran aground in Murchisonfjorden in July 1997. A number of snowmobile accidents have also shown how vital a well-functioning rescue service is in preventing loss of life. 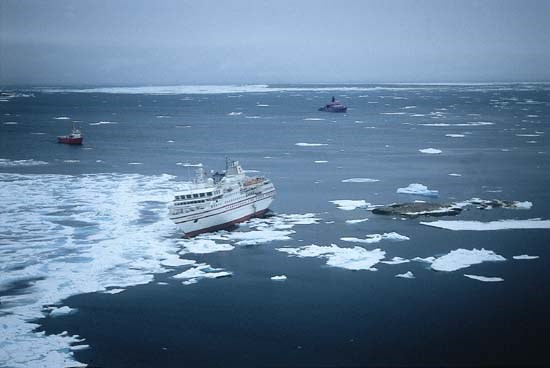 Figure 9.1 The Hanseatic aground in Murchisonfjorden

Rescue preparedness on Svalbard requires considerable resources. Maintaining a credible level of preparedness is already a great drain on resources and the need for such a service will certainly not decrease in the future. Funds will be required for maintenance and renewal of material and equipment. Weather conditions on Svalbard are sometimes so extreme that not even state-of-the-art equipment is enough to carry out rescue missions. Thus there is reason to sound a word of warning to those who apparently believe that the rescue crews will always be able to reach an injured party with the equipment they have today.

The recent establishment of a helicopter alert service on Svalbard has made it possible to carry out operations far beyond the area for which the Governor is responsible. This is of particular importance for rescue preparedness with respect to the fishing fleet.

Tourism on Svalbard is governed by the Tourist Regulations of 18 October 1991. These regulations stipulate that all tour operators on the archipelago must have adequate insurance, or provide corresponding guarantees, for expenses incurred by the public authorities with respect to any searches, rescue operations or ambulance transport required in connection with their activities on Svalbard. Tour operators must notify the Governor about any tours they have planned well before the beginning of each season.

The obligation to notify the authorities of planned activities pursuant to the Tourist Regulations provides the Governor with an overview of tourist traffic in remote areas, information which is very useful during rescue missions. The notification and insurance obligations also help to make tourists aware of the dangers of travelling on Svalbard. There is reason to believe that the regulations make tourists more careful, which in turn helps prevent expeditions with high risk potential.

Up-dated rescue plans are a necessary tool for rescue preparedness, and the Governor has up-to-date rescue plans for various types of accident scenarios. The plans also include the airports, which have their own additional set of plans. The plans also comprise the fire brigade in Longyearbyen and Store Norske's own rescue service, which also constitute a vital resource for accidents other than fires and mining accidents. The fire and emergency service at Svalbard Airport is on twenty-four-hour alert, and has a high-speed vessel at its disposal for missions in the vicinity. The Governor's helicopter operator is also on twenty-four-hour alert and maintains direct contact with the Governor's office.

The plan situation is currently considered to be satisfactory, and allows the necessary expertise to be deployed according to the situation.

At sea, the Governor's service vessel, the M/S Polarsyssel, built in 1976, is an important resource. The vessel can be used for approximately six months each year, and is adapted for use in rescue operations. The ship is equipped with a helicopter landing platform and has been modified for oil recovery. It can also be used as an icebreaker, which is necessary in Svalbard's waters.

The Governor also has speedboats at his disposal that are suitable for evacuation missions when speedy assistance is required and distances and weather conditions permit the use of smaller vessels.

Cooperation with the Coast Guard is an important part of the total rescue preparedness. The coast guard's vessel can be employed in evacuation and rescue operations and has a large capacity in the event of acute pollution.

There are plans to build a new coast guard vessel that is better suited for operations in ice. Two Norwegian suppliers have tendered bids for the building of this vessel, and the contract negotiations are expected to be completed in the autumn of 1999. Construction is scheduled to start in 2000, with delivery during 2002. The vessel will be named the "KV Svalbard".

The rescue helicopter service is an important part of total rescue preparedness on Svalbard. In addition to a SAR-equipped (Search and Rescue) Super Puma rescue helicopter, the Governor also has the use of a Bell 212 helicopter in which a rescue lift can be easily installed. This helicopter is suitable for small-scale rescue missions under weather conditions that do not require the services of a fully equipped Super Puma. Together with the 330 squadron at Banak (with Sea King helicopters) the coast guard helicopters are an important part of total rescue alert preparedness. These helicopters are also able to utilize the fuel stores that have been established in a number of places on the archipelago, which gives them a greater operational range.

AS Lufttransport operates a Dornier aircraft for commercial flights on Svalbard. This is a long-range aircraft which can be and has been used successfully, for example, for searching for shipwrecks. The Governor has installed a communications base in this aircraft which makes it possible to communicate with areas that are not normally covered by the Governor's regular communications network.

There is considerable traffic on glaciers, both on skis and with snowmobiles. The Governor and the Red Cross in Longyearbyen cooperate closely on maintaining a high level of preparedness for glacier rescues. Courses are held each year by highly qualified instructors from the mainland.